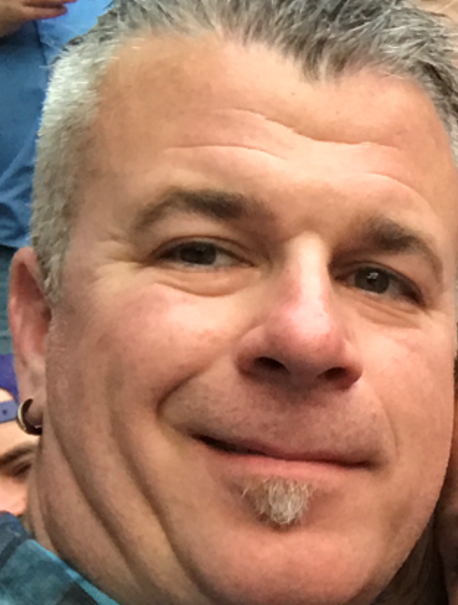 Rich was born April 14th, 1977 in St. Paul to Richard and Darlene Gannon. He attended Roseville High School graduating in 1996. He was blessed by the birth of his only son, Austyn. He started dating the love of his life and his future wife, Alicia in 2001. They went on to wed in an intimate Las Vegas ceremony April 22nd, 2008. The happy couple have also been blessed with their daughters Amelya and Addisyn. He was a devoted husband and father placing nothing before family. He spent his career working at Peterson Brothers Roofing. Aside from work he enjoyed all things outdoors- hunting, fishing, boating, offroad Jeeping, mudding and 4 wheeling. He also enjoyed watching all types of sports. You could also find Rich enjoying some pull tabs, time at the cabin and especially good music... all of these things were made even better by enjoying them with his family.

He is preceded in death by his grandparents Paul & Angeline George and Tom & Mary Gannon.

He is survived by his wife, Alicia; his children, Austyn (Sammy Crowther), Amelya, and Addison; parents, Richard and Darlene Gannon; and sister, Dawn (Mike) Finken as well as 8 nieces and nephews, many aunts, uncles, cousins, and extended family/ friends.

In lieu of flowers, memorials for the family may be sent to Lake Area Bank: Care of Rich Gannon.

Rich’s family would like to extend our sincerest thank you to the brave men and women who took part in search efforts… including but not limited to the Washington county rescue dive team and water recovery team, Minnesota DNR, Minnesota state patrol, other local law enforcement and public safety, volunteers, friends, family, and community members.

A Memorial Tree was planted for Richard
We are deeply sorry for your loss ~ the staff at Cremation Society Of Minnesota | St. Paul
Join in honoring their life - plant a memorial tree