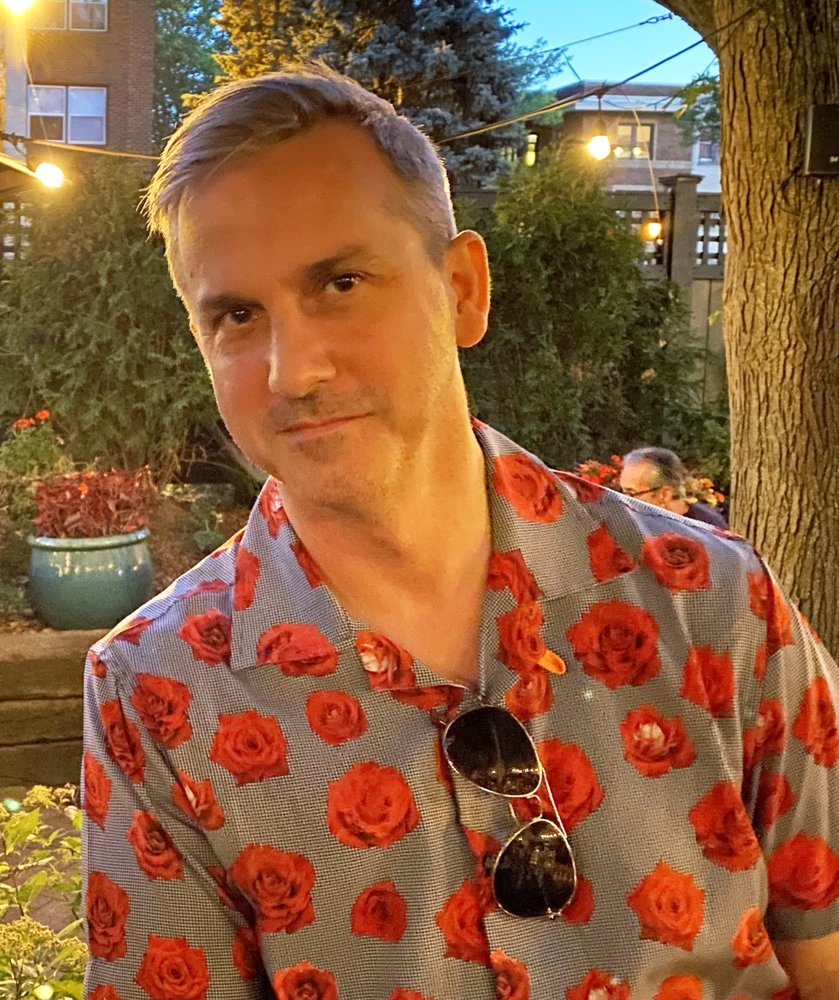 Mitchell Paul Hildman was born September 19, 1973 in beautiful Mason City, Iowa. He was the fourth child of Glenda & Charles ‘Denny’ Hildman, but not the last. Jessica would come in a few years later to round out the child count to five. He loved growing up in a big family, and telling stories about places they lived – the chicken farm, the horses, going to visit both Grandmas’ every Sunday – starting out at Grandma Tony’s for dinner and then rushing down the street to Grandma Kay’s house for dessert. Mitch loved Mason City, because of the Frank Llyod Wright architecture and because it was the inspiration for Meredith Wilson’s ‘The Music Man.’

Mitch attended both St. Joseph’s and Holy Family Catholic schools until the family moved to Northwood, a small town about 20 miles North. It was there that Mitch attended high school started some of his longest most valued friendships, and developed an interest in music and theater. And Madonna. The man loved Madonna.

When he graduated in 1992, he packed up and ventured out to find his destiny. His oldest brother Phil let him move in to his apartment in St. Paul and helped get him his first job. Thank goodness for older brothers. It was at this time Mitch and a group of friends formed a band – Accolade – and the music industry was never the same. They played the 7th Street Entry, The Fine Line and Payne Reliever – classic venues for any Rock n’ Roller. He always said “We weren’t that good. But we always had fun.” Indeed.

In 2005 Mitch met a beautiful little girl named Hadass and stepped into the role he would love most of all. Mitch and Hadass’ father raised her together from the time she was seven. He would hear other parents’ stories about rearing challenging children, and Mitch would proudly say “Hadass was a perfect child. A delight.” And he meant it with his heart and soul.

Mitch attracted friends all throughout his life, and valued and nurtured them always. Even if they hadn’t seen each other in years, Mitch was always ready to pick up exactly where the friendship had left off. Relationships were important, even with those he worked with. Just ask his three work wives.

Mitch loved to travel and wanted to see the world. His trips to Puerto Rico, Ireland (where he survived nine days with the McKenzie Clan), Amsterdam, Prague, Budapset, and Bratislava only made him want to travel more. He appreciated the history and beauty of this amazing world.