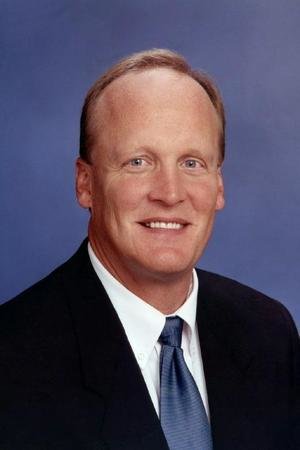 Our earthly angel PERRY WESTLAKE FORD, age 62, passed peacefully surrounded by family and friends on February 28th, during the “Hour of Mercy” (3PM), when Jesus died. A social butterfly, who charmed everyone he encountered, many people have told him they wish they would have met him earlier because he is lifetime friend material. He was a dream husband, father, friend, mentor, coach & agent. Perry was honest and compassionate.

Born to Loren and Elisabeth(Betty) Ford in Bismarck, ND, Perry was a gifted athlete from the very beginning. When he was not spending time playing basketball or tennis, he enjoyed spending time with his buddies, family and cousins.

Perry and his doubles partner Brian were a feared twosome to be sure. But it was his love of hoops that drove Perry to the next phase of his life. After graduating from BHS in 1974, he went on to play basketball and tennis @ BJC and Jamestown, making it to nationals in both sports. Perry’s teammates and college friends were some of his closest, but none of them compared to the love he found in his college sweetheart Kathleen.

After a long courtship filled with love and a long distance stint of playing pro tennis in Germany, they married in 1981. Their love expanded twice into their two amazing children Nicole & Matthew. He was a proud father who led by example & taught his children to have faith, be loving and kind. Perry was a passionate and devoted man. He also completed his Masters degree to then begin the most profound chapter of life, as a coach and mentor on the basketball and tennis courts.

For over 30 years, Coach Ford was a guiding light to his players and fellow coaches. He made stops coaching both tennis and basketball in Dickinson, UND, Morris, Marshall & Sioux Falls. In this time he went to National Tournaments and set an NCAA record for best one-year turn around. The wins and losses never mattered as much as the impact he had on his players, guiding his players to become the people they are today.

After moving on from coaching sports, Perry took his talents to American Family Insurance where he became a top mentor and agent in his field. He gave much love to his family and friends and shared his many talents with the community. He enjoyed his work and looked at challenges as opportunities to make a difference. He was a community leader who was involved in several organizations over the years

When he wasn’t working, Perry was cheering on his children at all their events. You could also find him golfing whenever he could. He especially loved his yearly trip to Mesaba Country Club alongside his pals including Doc & Woody. Perry also loved his Packers, Timberwolves and Twins.

Survivors include his loving life teammate of over 43 years Kathleen, children Nicole & Dr. Matthew, sister Dr. Lori (John) and their Oklahoma family, his cherished German Aunts/Uncles, Cousins, Nieces/Nephews, Kathy’s sisters and their families, Father-in-law Vernon, the Hazen Crew & many dear friends, coaches and former players. He was preceded in death by his beloved parents Loren and Betty.

Cancer robbed him of the ability to be his active self, a devastating blow to such a gifted athlete. He endured numerous surgeries, chemotherapy and radiation so that he could have more time with his family and friends. His family is grateful to his dedicated and caring doctors, nurses & other staff at Mayo Clinic and Park Nicollet for their kindness and hard work during this 7-year battle with Bladder Cancer, Carcinoma, D-Differentiated Lyposarcoma & Leiomyosarcoma.

Perry’s family would like to express their sincere and heartfelt thanks to everyone for the outpouring of love and support throughout this journey. Thank you for the countless prayers, messages, cards, gifts, food, and everything else that was sent to comfort us. Words cannot express how thankful we are and how loved we feel.

The fabulous life of Perry W. Ford will be celebrated during the Final Four on Sunday, April 7th, from 1:00-5:00 @ the Edinburgh USA Golf Clubhouse in Brooklyn Park, MN. The Memorial Service begins promptly at 1:30 and will be followed by fellowship, sharing and light appetizers.

A block of rooms has been reserved at the new Hampton Inn and Home 2 in Brooklyn Park, less than 4 miles from the Celebration of Life. The address is 9470 W. Broadway Ave, right off of Highway 610. Phone: 763-567-7990. Ask for the Ford Block and you will get your room at a discounted rate.

To read more on Perry’s courageous battle with cancer or make a donation in his name in lieu of flowers, please visit: https://www.reininsarcoma.org/sarcoma-story-perry-ford/