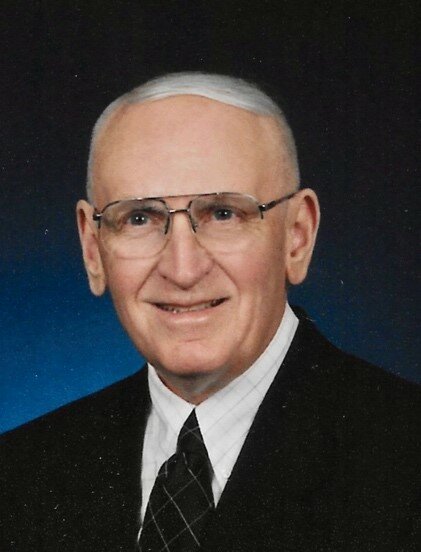 Tom was born May 16, 1932, in Detroit, Michigan to Edmund Augustine Propson and Irene Thomas Propson. He grew up in Detroit and graduated from Cooley High School in 1950. He was an active member of the Boy Scouts and became an Eagle Scout in 1947. He received his Bachelor of Science, Masters and Ph.D. from the University of Michigan in Ann Arbor, Michigan. While at Michigan, he was the manager of the University’s Men’s Basketball Team.

Tom served in the United States Army from 1956 to 1958. He was employed as a civil engineer with Fargo Engineering in Jackson, Michigan from 1959 to 1962.  Tom was united in marriage to Janet Ewers on September 22, 1962. Together, they moved to South Dakota where Tom joined the faculty of the South Dakota School of Mines and Technology in Rapid City in 1968 and remained with the school until his retirement in 1996.  Tom received the School of Mines Presidential Award for recognition of excellence in teaching, scholarly activity, and community service in 1992.  The 1991 seniors presented Tom with a plaque in “Grateful appreciation for your advising, professionalism, friendship and commitment to teaching.”  He was always available for his students and maintained friendships with them throughout his life.  Tom was faculty representative to the Board of Regents from 1975 to 1977; assistant for the Vice President from 1984 to 1987 and chairman for the Department of Civil Engineering from 1993 to 1996.  His students won the national ASCE Ridgeway award for Best Chapter in 1970.  Tom was active in the American Society of Engineers holding several offices for the local chapter.

Tom enjoyed golfing, hiking, reading and above all following the University of Michigan football team.  He had an excellent memory for details mainly pertaining to sports and history. He traveled with his wife throughout the United States. He loved his family and upon his retirement, he and his wife moved to Eagan, MN where his grandchildren brought much enjoyment to his life.

Tom is survived by his wife Janet, his two sons Thom (Carin Mehan) Propson, Brian (Stephanie) Propson, grandchildren Tommy, Helen, Aaron and Jacob Propson, brothers and sisters-in-laws and many nieces and nephews. He was preceded in death by his parents, twin brother, Ted, parents-in-law, a brother in-law, a sister-in-law, and a nephew.

A celebration of life will be held at the Cremation Society of MN, in Edina, MN on Sunday, February 12th, 2023, with a visitation at 10:30am, service at 11:30am and reception to follow. In lieu of flowers, memorial gifts may be made to the Alzheimer’s Association.