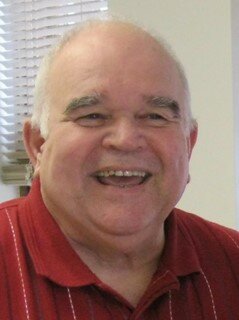 Marvin Steinbach, Jr. passed away peacefully on January 2, 2023. He is survived by his daughters Tara, Heather (Andy) and Lori, three granddaughters Dray, Maisie and Bella and many cousins and nieces.

Born to Marvin and Lila Steinbach in California, they soon moved to Duluth to raise him and then moved to Fremont, NE before Marvin’s  senior year of high school where he graduated.  Marvin was a dog trainer in the Air Force Police Squadron and was stationed in Germany. After his service, he came to live with his aunt and uncle in Silver Bay where he fell in love with his future wife Susan.

He then obtained a Political Science degree from UMD which he used in Silver Bay as a City Councilor for many years.

He worked at Reserve Mining until they shut down and then went to Duluth to work at the Radisson Hotel where he excelled as the Director of Sales for many years.

His passion for Duluth tourism was remarkable and in the end, he worked for Visit Duluth until retirement.

He loved to drive around town, talk to the guys in his coffee group (especially about cars), visit with family during a tasty meal and share  lots and lots of laughs. If he really liked you, he teased you! He always wanted to be around family and people in general and seemed to always  have a big smile on his face. All in all, the most important things to remember about Marvin is that he was always willing to help and was an amazing dad! Special thanks to Beehive Homes for the incredible, compassionate care and attention they gave Marvin and his family - he was so happy there.

A military service will be held next spring/summer at the Minnesota Veteran’s Cemetery in Saginaw.