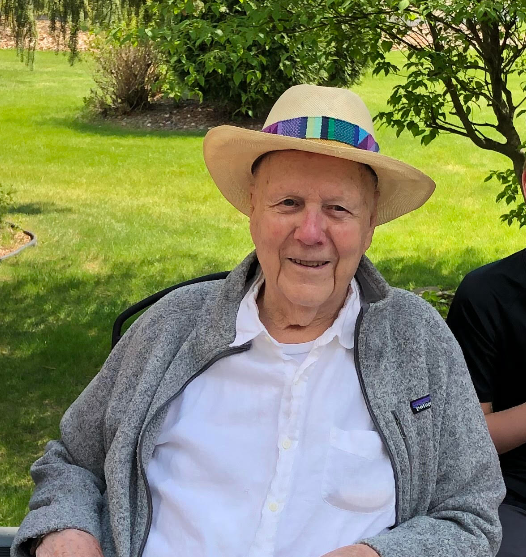 Jaye was born on May 15, 1923 in Minneapolis to Junius Jaye Truax and Cora Beaver Truax and grew up near Lake Harriet and attended West High School. He served in the U.S. Army in World War II as a clerk typist and military policeman at Camp Maxey in Texas. After the war, he attended the University of Minnesota and graduated with a degree in Business Administration. Lifetime member of Phi Gamma Delta.

Jaye and his first wife, Anne Thorsen, married on October 16, 1948. They had five boys and lived in the Kenwood neighborhood of Minneapolis. Jaye was an entrepreneur and started a number of businesses in Minneapolis and on the Iron Range. Jaye had a strong work ethic and enjoyed his career so much that he kept working until age 75.

After retirement, he stayed actively involved with the board of the Kingwood Housing Association in Plymouth, where he lived for 36 years, volunteering at Saint David’s Episcopal Church, Loaves and Fishes, and the local food shelf. He enjoyed watching Twins games and spending time with friends and family.

In his later years, Jaye found new love with a woman he met at church, Ruth Lyons. This love reinvigorated their lives. They enjoyed traveling together and made repeated visits to San Miguel de Allende, Copper Mountain, Colorado, and New York City. While Ruth would enjoy the opera, ballet, or skiing, Jaye just enjoyed being with her, dining, swimming, and the experience of travel. Many days were spent playing bridge at St. David’s or quietly enjoying each other’s company at Jaye’s home in Plymouth or Ruth’s at Friendship Village. Memorials preferred to St. David’s Episcopal Church in Minnetonka. Memorial service to be held Saturday, May 20, 2023 at 11:00 a.m.

Share Your Memory of
Jaye
Upload Your Memory View All Memories
Be the first to upload a memory!
Share A Memory
Plant a Tree