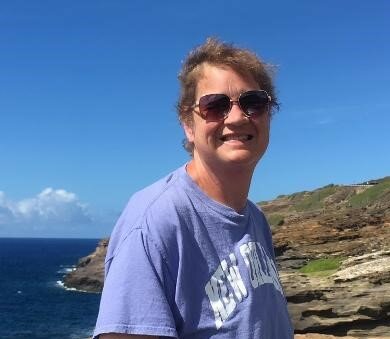 Jean Potopinski (Karpenski), age 53, passed away Sunday December 25, 2022, at Solvay Hospice House in Duluth, Minnesota after a long and bravely fought battle with pancreatic cancer. Jean was born August 6th, 1969 to Frank Jr and Clara Karpenski in Amery, Wisconsin. She attended Amery Schools and graduated with the class of 1987.

Jean enrolled at the University of Wisconsin Superior and earned a degree in Social Work. In 1992 she was hired by Tylor SLS where she worked with and cared for developmentally challenged adults. Jean loved the people she cared for and also those that worked with her. She remained with Tylor SLS until early December of 2022 when declining health forced her to quit working.

In 1993 Jean met Aaron Potopinski and the two were married in 1998. They purchased a home in Duluth where the enjoyed their lives together along with her beloved dogs. She will be missed by many close friends and loved ones.

Jean is survived by her husband Aaron and her brother Keith (Andrea) Karpenski. She was preceded in death by her parents and grandparents. Services will be scheduled for the Spring of 2023.