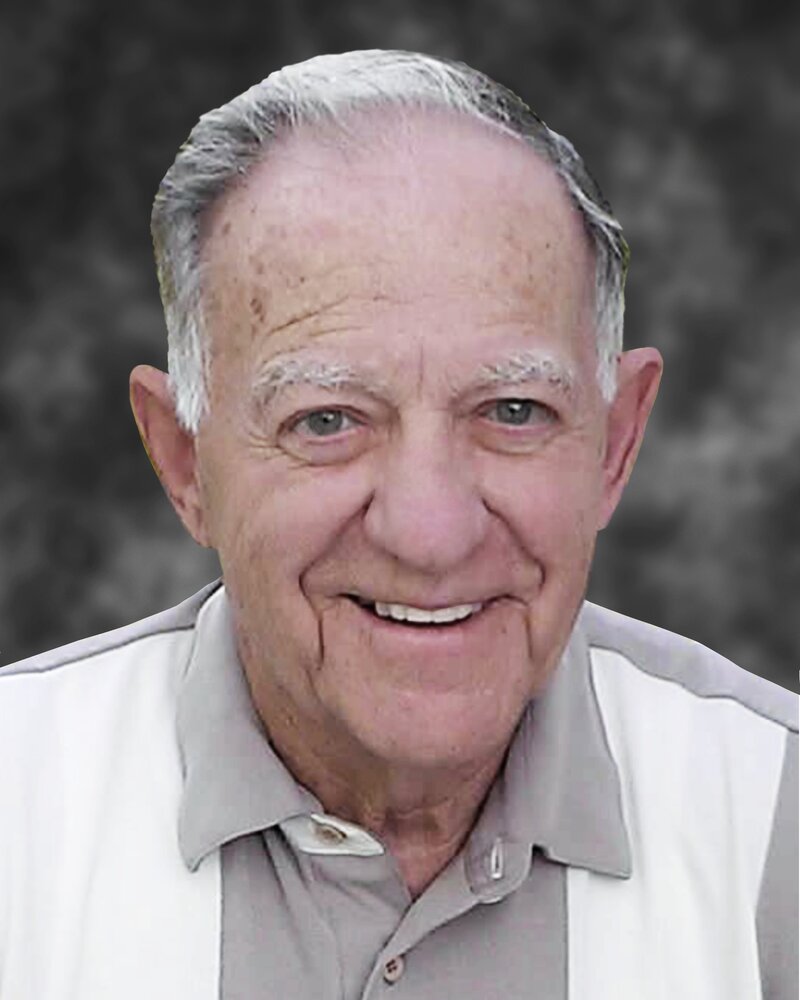 He was born on March 18, 1931, to Joseph and Mary Tillman. He grew up in Melrose, Minnesota along with his 7 siblings. At Melrose High School, he played baritone in the band and performed in plays and musicals.

During the Korean war, he became a member of the United States Marine Corps Band, stationed in San Francisco. Marching in parades, playing concerts, and performing at hospitals were experiences that moved him deeply and became an integral part of who he was.

Joe met Beatrice “Bea” Kuntz in Minneapolis and they were married June 30, 1956. They bought a home in Brooklyn Center, where they raised their 3 daughters. Their marriage was filled with love and devotion, and they supported each other through life’s ups and downs.

Joe attended Minneapolis Business College and graduated with a 2-year degree while working full time at Honeywell as a machinist. At Honeywell, he made precision parts. He was especially proud of the parts he made for the aerospace industry, including some for the space shuttle. He stayed at Honeywell for 38 years until he retired at the age of 58.

Joe’s adventurous spirit and love of the outdoors had a big impact on their family life. While their girls were young, Joe and Bea bought a boat and took the family to many different lakes and rivers. Joe had a knack for getting people up on water skis! Outdoor fun in the winter included snowmobiling and cross-country skiing. Camping and vacations were also a big part of their lives.

Joe and Bea enjoyed an active and fun-filled retirement. They adored their 6 grandkids, who became a major focus of their lives. In 1993, they found the home of their dreams on Twin Lakes in Brooklyn Center. They delighted in spoiling their kids, grandkids, and great grandkids when they came to play on the beach and do watersports. And they fully embraced the snowbird culture! Wintering in Rainbow Village in Largo, Florida, they loved socializing with the people from the park, entertaining, and hosting their kids and grandkids. They stayed active, walking the beach together and riding their bikes.

A few years after Bea passed away in 2003, Joe developed a bond with Helen, a neighbor in Rainbow Village. They eventually became partners and enjoyed many years together. When Joe’s health declined and Helen could no longer care for him, she moved to Florida to be near her son. Joe’s family members cared for him until it was time to move him to a memory care facility. Joe moved to Wealshire of Bloomington last February, where he lived out his last months enveloped in the warm, loving care from the amazing staff.

Throughout his life, Joe pursued many interests, including bike riding, brisk walking, singing, listening to music, feeding the birds, grilling, coin collecting, dancing, cribbage, spoiling the grandkids and great-grandkids, and taking photos of sunsets. He loved treating people to his favorite things like boat rides, his favorite foods, and root beer floats.

A special thanks to the loving caregivers from Wealshire of Bloomington, North Memorial Health Hospice, and Home Instead, and to friends and extended family for their love and support during his final months.

A Celebration of Life will be held on Wednesday, January 25 at Our Lady of Grace Catholic Church in Edina, MN, with visitation at 10:00 AM, Mass at 11:00 AM, and lunch following. You can view the Mass remotely using this link: www.olgparish.org/mass/joseph-tillman-funeral. In lieu of flowers, memorials are preferred to the Alzheimer’s Association or North Memorial Health Hospice.

Share Your Memory of
Joseph
Upload Your Memory View All Memories
Be the first to upload a memory!
Share A Memory