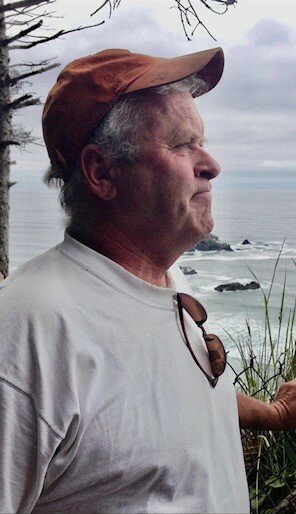 John was born on September 18, 1955 in Fort Atkinson before moving to Janesville, Wisconsin. He graduated from Janesville Craig High School in 1973. John studied at UW-Whitewater, then the University of Minnesota where he earned a degree in animal science. Drawn to the Great Lake, he relocated in the 80s to the shores of Lake Superior.

For decades John owned his own business, JJ’s Carpentry. Later he began Let it Shine Energy Services as an early proponent of alternative energy in the area. He was a Master Captain occasionally working day sailing charters. Additionally, John taught renewable energy at Indianhead Technical College.

John was a lover of the outdoors and would, given the choice, prefer to sleep out under the stars. He enjoyed many activities including hiking, biking, skiing, boating, and soaring. He loved all animals including the many dogs and cats he gave a home to over the years. John loved music and had many talents including wood working, boat building and anything mechanical. He will be remembered for his great sense of humor and as a kind and loving spirit who would always be there to help a friend or stranger in need.

John was preceded in death by his parents Phyllis Johnson and Don Johanning. He is survived by brother Dan Johanning of Irving, TX; his former wife and dear friend Carolyn Ridgway of Minneapolis, MN; his Aunts and Uncles: Chuck and Rita Johanning of Kronenwetter, WI; Sue Johanning of Milwaukee, WI; Charlie Johnson of Columbus, WI; Francoise Johnson of Wisconsin Dells, WI and many beloved cousins.

A celebration of life will be held this summer in the Chequamegon Bay area. The Cremation Society of Minnesota is helping with arrangements.

Share Your Memory of
John
Upload Your Memory View All Memories
Be the first to upload a memory!
Share A Memory