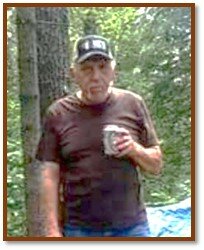 Robert was born to Robert and Lorraine DeDominces. He attended Arnold and Denfeld schools in Duluth, MN. In 2004 he married Terri (Carlson) in Duluth. He worked for Delzotto Products. When he wasn’t working, he enjoyed many hobbies, loved having bonfires and putzing in his garage. He loved spending time with Terri and friends and enjoyed shopping on Market Place.

Robert is proceeded in death by his parents, Robert and Lorraine and a sister Debbie.

He is survived by his wife Terri, sisters Barbara and Terry and brothers Frank (Norma), and Robin, children Brianna, Cody, and Kylie, four grandchildren and many nieces and nephews.

The family would like to thank all the doctors, nurses, and staff at Solvay Hospice House in Duluth.