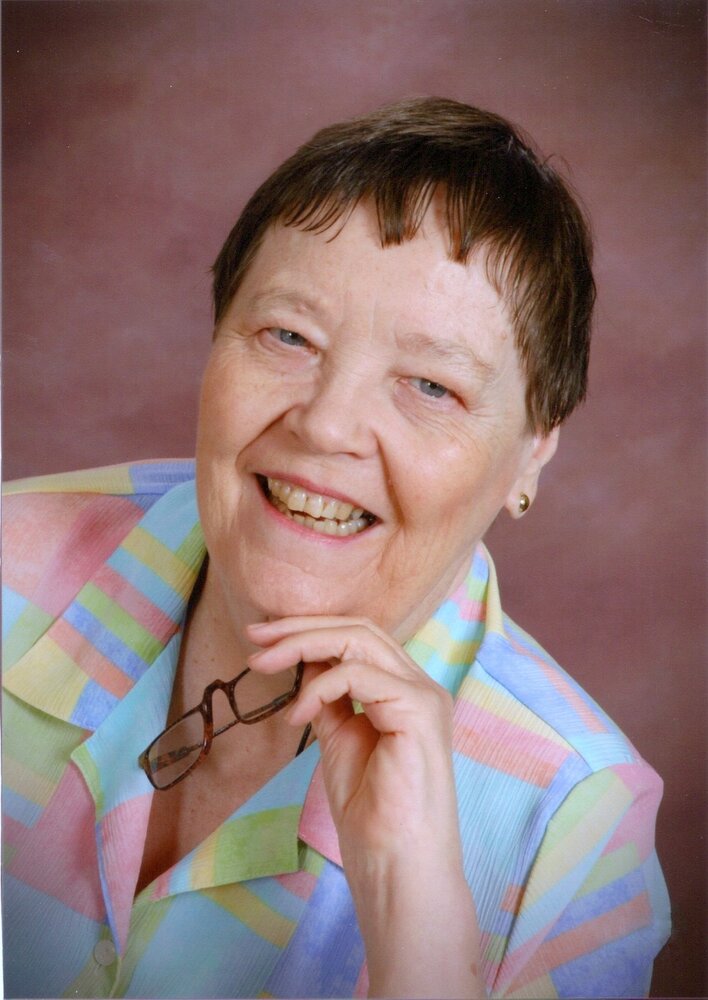 Patricia Ann Johnson was born October 6, 1939, in Urbana, IL to Ralph and Frieda Wascher. She graduated from the University of Illinois in 1965. She was united in marriage on May 30, 1968, to Roy D. Johnson (his second marriage) at St. Olaf Lutheran Church (Minneapolis) and enjoyed the best years of their lives together. They retired to Orlando, Florida in 1984. Following Roy’s death in 1991, Patricia eventually moved back to Minnesota in 2012 and lived at Oak Medows in Oakdale for nearly 10 years.

One of Patricia’s passions was doing counted cross-stitch needlework, at which she excelled. Her artistic talent and keen eye for color resulted in many beautiful pieces which she proudly displayed. She passed away peacefully in her sleep on Friday, Dec. 30 as a result of Alzheimer’s Disease.

Patricia is survived by her three-remaining stepchildren (from Roy’s previous marriage), Curt (Wendy) Johnson, Brad (Colleen) Johnson, and Lynn (Jon) Hegvik and nine grandchildren Jay, Jeff, Nick, Laura, Brad. Jr., Amy, Ben, Angela, and Jonathan. She was preceded in death by her parents, husband, and stepdaughter Judith (Walter) Hamrick. Pat will be interred together with Roy Johnson at Woodlawn Memorial Park in Orlando later this spring.

Share Your Memory of
Patricia
Upload Your Memory View All Memories
Be the first to upload a memory!
Share A Memory
Plant a Tree