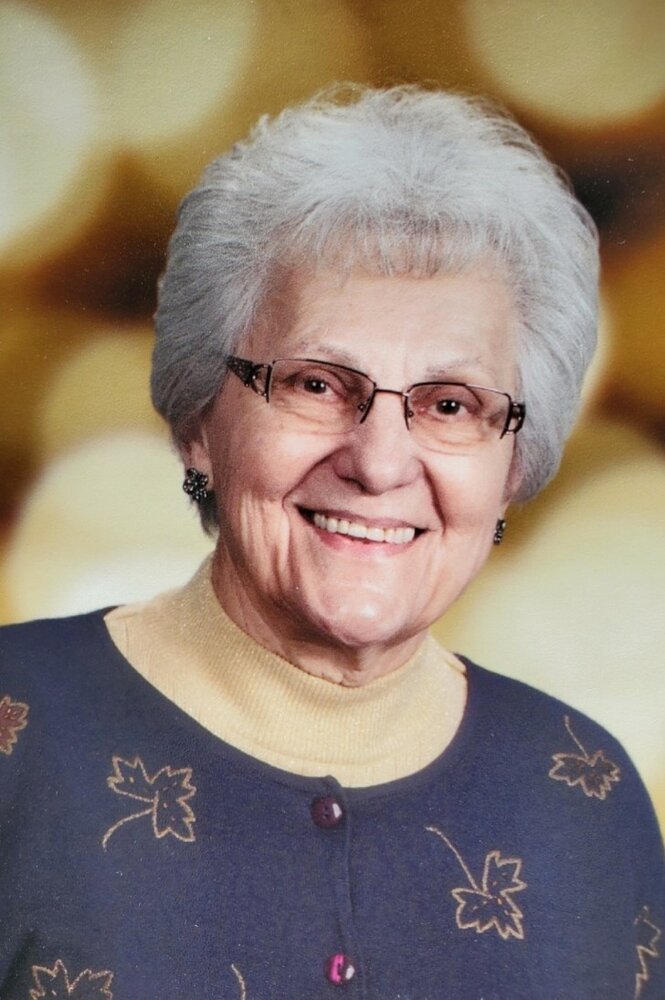 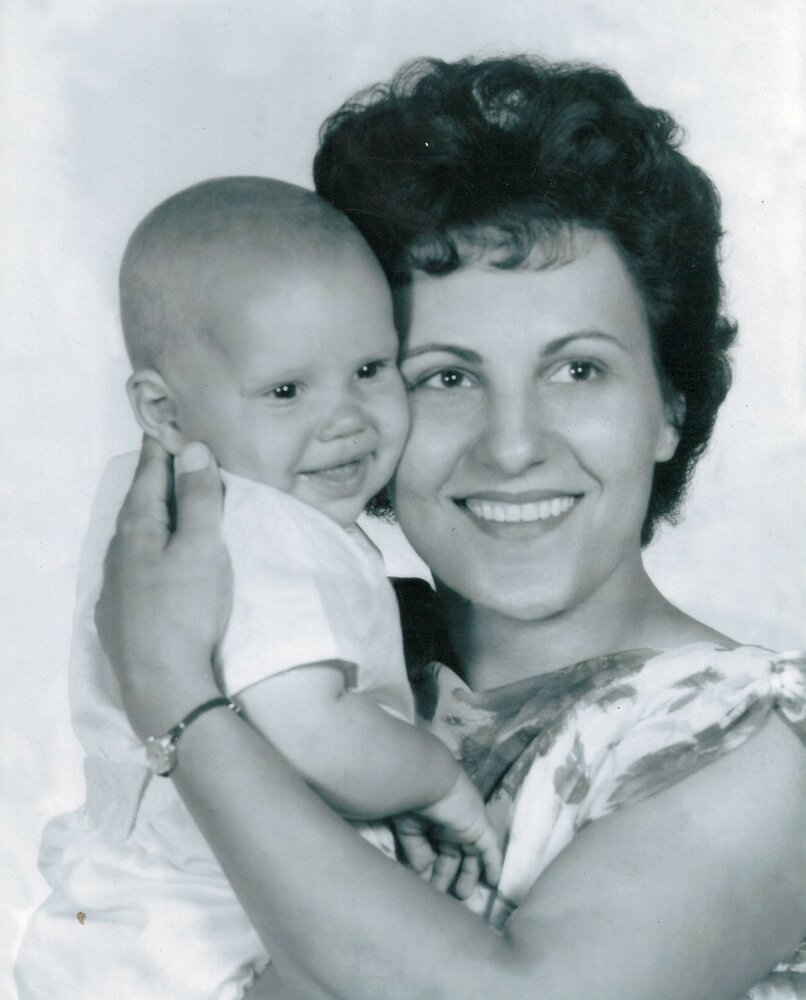 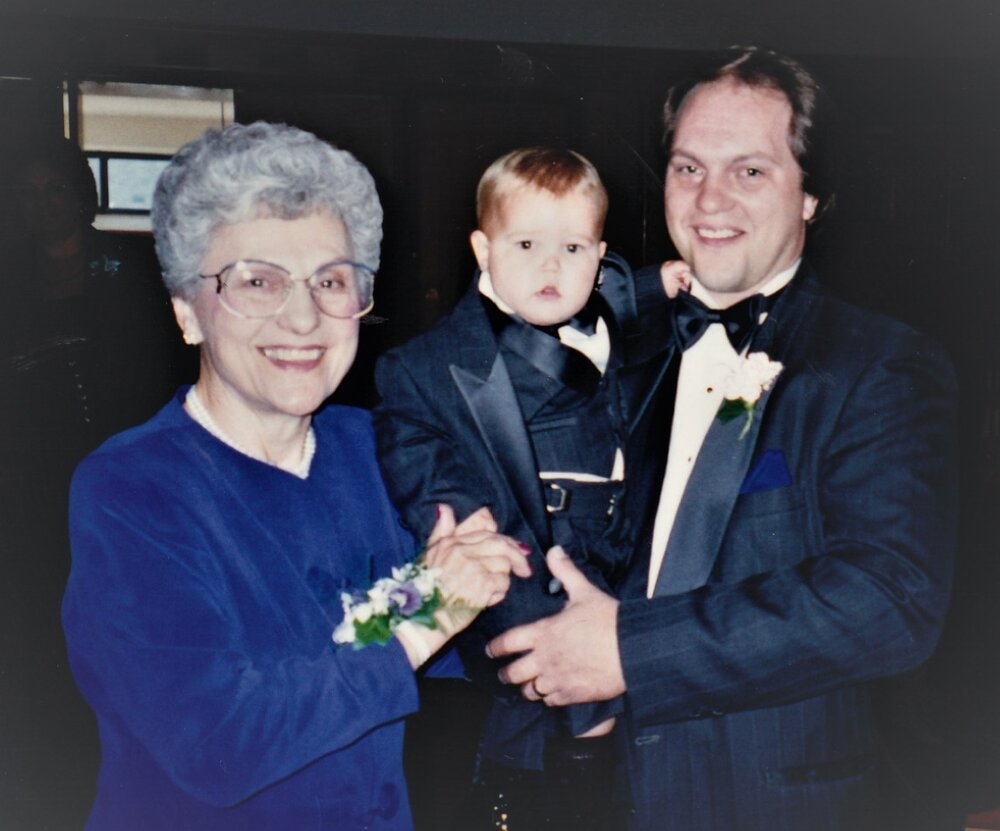 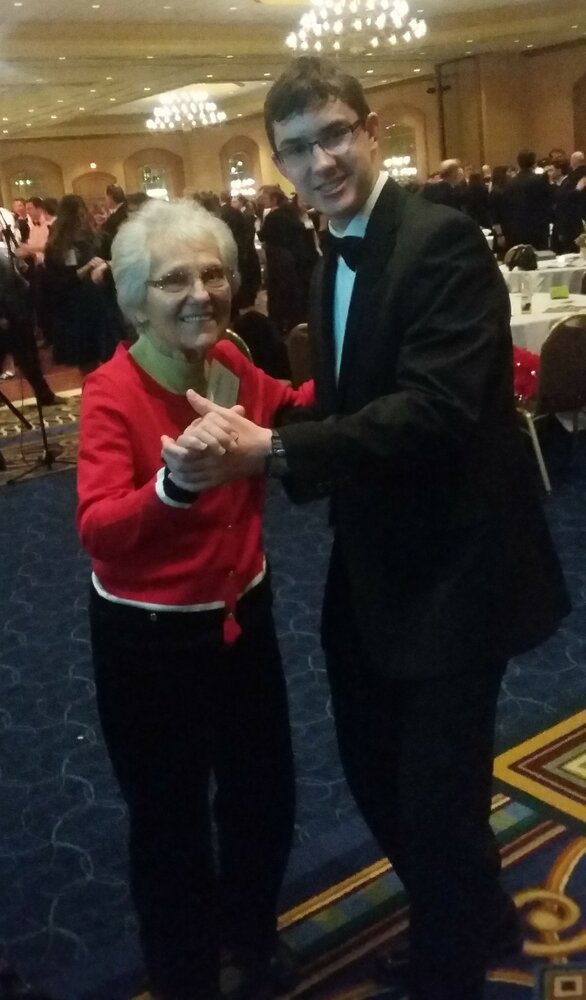 Clara Angeline Riske, age 93, passed away peacefully on December 19, 2022 at North Memorial Health Hospital in Robbinsdale, MN. Clara was born February 24, 1929, in Tabor, MN, the fourth of six children to Michael and Mary Bujnovsky.  Clara graduated in 1947 from Sacred Heart High School, East Grand Forks, MN. Clara attended one year of beauty school prior to marrying Louis August Riske on October 5, 1948. Louie and Clara raised their six children, primarily on a small hobby farm outside of East Grand Forks, aptly named “Louie’s Acres”. In this small family business they grew, harvested by hand, and sold vegetables to local grocery stores and at a road-side stand. Clara worked hard, as an example, picking three bushels of cucumbers every morning to be sold to waiting customers. She always included an extra cob in selling corn by the dozen. This was only a side business. Louie worked as a railroad engineer, and Clara waitressed in the evenings, and she later ventured into other jobs as Mary Kay Consultant, and at JC Penney’s. Clara was an amazing cook, canning hundreds of jars of fruit and vegetables, and always had home-baked goods ready when the kids came home from school, and decorated cakes for every occasion. Clara and Louie enjoyed fishing with friends and family and traveling to many places throughout the US and Germany before retiring in Arizona, where they resided until Louie’s death in 1996. As a widow, Clara continued to travel with family - to Hawaii in 2001 and Ecuador in 2004 and enjoyed train rides with her grandchildren.

Clara had a deep love for God, nurtured by her father, who would lead the family in the rosary every evening on the farm. Clara’s deep faith and welcoming spirit blessed many, and she was a friend to all who knew her. With her caring temperament, Clara became a Foster Grandparent at Sacred Heart School in Staples, MN, 1997-2005.  She continued in that role at St. Hubert Catholic School, in Chanhassen, MN, 2005-2015, where she was known as “Grandma Clara” to many students.  Kids wanted to eat lunch with her, they wanted to hug her when they saw her in the grocery store and were comforted by her calming presence.  She encouraged her children to trust in God, to get a good education and to “do your best” in all they endeavored.  She fostered confidence in all of us to not be afraid and instilled an attitude of “if you don’t know, ask.”

Clara is preceded in death by her husband, Louis Riske; sons, Gerald, and Frank Riske; brothers, Joseph and Emil Bujnovsky, sister, Anne Kasprick, and her parents.

Special heart-felt thanks to the Summerwood of Chanhassen staff who took great care of Clara throughout her residence in assisted living and to the North Memorial Hospital 6th floor staff who attentively and lovingly cared so well for Clara in her last days.

Share Your Memory of
Clara
Upload Your Memory View All Memories
Be the first to upload a memory!
Share A Memory
Plant a Tree