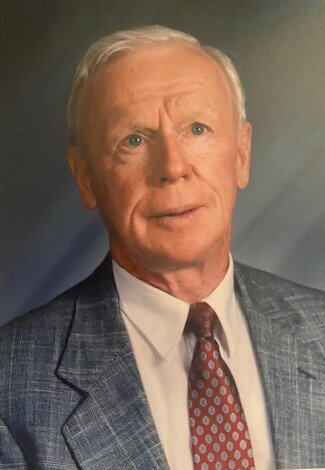 Bob was the only son of Carl and Mae (Newman) Houg of Ridgeland, WI. He spent his childhood in Ridgeland graduating from Prairie Farm High School in 1946. He attended the Methodist Church in Ridgeland where he often played the piano. He was a gifted athlete and proudly played baseball with the Ridgeland Reds, including games against Bud Grant of Minnesota Vikings fame. In the winter he ski jumped for pleasure and competition. He played football when attending Stout and River Falls where he earned his Bachelor of Science degree. He started teaching high school English and Speech in 1954 while also coaching athletics.

He graduated from the University of MN with a Master of Arts Education degree in 1959 and began his career as a Superintendent of Schools, primarily in Wisconsin, including New Lisbon, Elkhorn and Stevens Point. He also was school administrator in Minnesota, Montana and Arizona. He earned several certifications, awards and appointments in his 45 years in public education.

He loved music, playing cards, pancakes, and chewing on an unlit cigar. He enjoyed eating hamburgers at the Ridgeland Fair and buying “scratch offs.” He rarely missed watching 60 Minutes, Sunday Morning or Lawrence Welk. He knew every word to songs by Tom T. Hall and Perry Como. His favorite saying was “keep in touch” and used it when ending a telephone conversation, signing letters or when walking out the door after a visit.

Bob had one sister, Meredith Olsen-Rogers, of Ridgeland, who preceded him in death in 2000.

A family graveside service will be held at a later date.