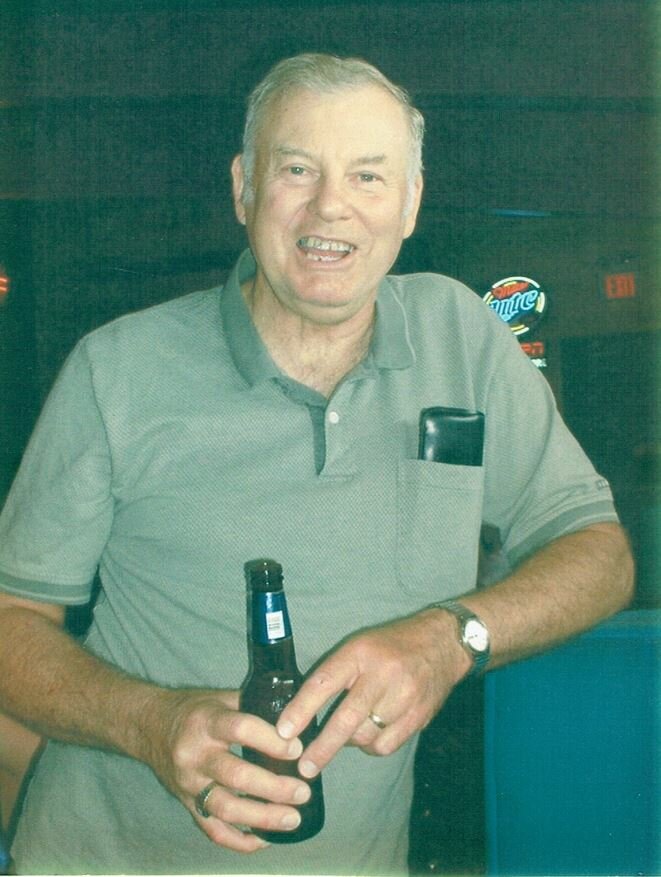 Glenn Otto Stream, age 84, of Rush City, MN passed away at Abbott Northwestern Hospital in Minneapolis on December 20, 2022. Glenn was born on June 12, 1938 to Otto and Florence (Lindstrom) Stream in St. Paul, MN.  He was baptized and started school in St. Paul before moving to Rush City where he went to Meadow Banks School from 1st to 3rd grade, walking to school most days.  Once Meadow Banks closed, Glenn attended Rush City schools until 9th grade. When his family moved closer to North Branch he attended North Branch School and graduated from there in 1957.  During his teenage years Glenn worked for a farmer in Lindstrom.

After graduation Glenn worked for MH Johnson Roofing for two years.  Glenn and his dad then started their own roofing business “Stream Roofing” out of Harris.  In 1961 “Uncle Sam” called and Glenn was drafted into the Army where he served until 1963, serving in both the United States and Korea.  After being released from the Army, he got a job at Butler Manufacturing in the Twin Cities, where he was laid off just three days after his marriage to Clarice Boeck on May 27th, 1967.  Now living in Harris, Glenn got a job with Fletcher Plumbing and Heating where he worked for many years until they sold to Heatco where Glenn worked until his retirement.

In 1968 Glenn and Clarice bought a house outside of Rush City where they made their home and raised their two children Loralie and Darrin.  They were blessed with five grandchildren who were Glenn’s pride and joy, and he was so excited to find out that his first great grandchild is due in July.

Glenn was once a Harris fireman, was active in the Rush City Lutheran Church being Chairman of the church property committee, part of the Lutheran Church Cemetery board and church lawn care. He was a firearm instructor for 50 plus years, volunteered to help with snowmobile and ATV safety classes along with other volunteer work.

Glenn loved the outdoors.  You could find him in a deer stand every fall and fishing both winter and summer.  He truly loved everything about the outdoors. He loved spending time with his grandkids no matter what the activity was. He enjoyed his coffee hour with good friends. He also loved his Fords.  When he saw one he liked there was no saying no!

Glenn was a caring and loving husband, father, and grandfather.  He will be deeply missed by those who knew and loved him.  He is survived by his wife of 55 years Clarice; his children Loralie (Dan) Gazda, Darrin (Andrea) Stream; grandchildren Taylor and Zach Gazda, Autumn, Chase and Willow Stream; sister Gloria Oscarson; sister in-law Bev (Jim) Sward, many nieces, nephews, and friends. He was preceded in death by his parents Otto and Florence; brother in-law Bob Oscarson; brother in-law Vernon Boeck and wife Jean Boeck, sister in-law Dorothy Thoeny and husband Jerry Thoeny.

Pastor Nathan Baker-Trinity will officiate funeral services for Glenn: 11 am; Thursday, December 29, 2022 at First Evangelical Lutheran Church in Rush City.  A time of visitation is planned for one hour prior to the service at the church.

Share Your Memory of
Glenn
Upload Your Memory View All Memories
Be the first to upload a memory!
Share A Memory
Plant a Tree