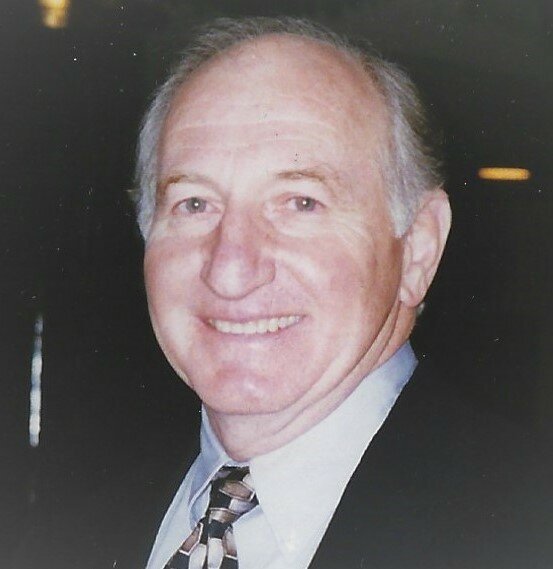 Roger Cook, 91, of Farmington, MN passed away on December 11, 2022. Roger was born and raised in Farmington, the seventh of eight children of Dr. B.L. and Mrs. Mary L. Cook, whom all preceded him in death. He leaves behind his beloved wife of 62 years, Janet and children Michele, Catherine, Stephen, Daniel, and Christopher as well as eight grandchildren.

Roger was an avid life-long athlete competing in baseball, basketball, and football prior to graduating FHS in 1949. After briefly attending the University of Minnesota he served 2 years in the Army during the Korean conflict. He continued to compete in local sports leagues and graduated from the U of M in 1957. He married the love of his life, Janet in 1960 and graduated William Mitchell College of Law the following year. Roger practiced law for over 50 years in Minnesota while serving his community as a father, coach, St. Michael’s Parish board member, and local high school sports advocate. He and Janet enjoyed worldwide travel, socializing with their numerous friends, and visiting their grandchildren.

Visitation will begin at 10 am on Thursday, December 22nd followed by an 11 am funeral mass at the Church of St. Michael in Farmington.

A Memorial Tree was planted for G.
We are deeply sorry for your loss ~ the staff at Cremation Society of Minnesota
Join in honoring their life - plant a memorial tree

Share Your Memory of
G.
Upload Your Memory View All Memories
Be the first to upload a memory!
Share A Memory
Plant a Tree