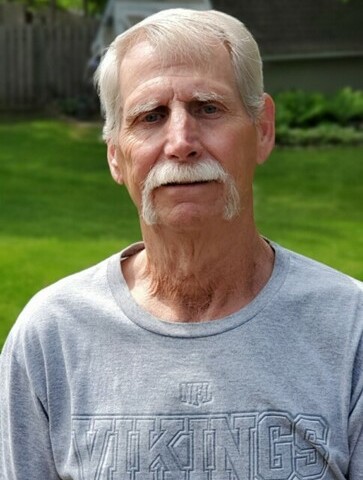 Obituary of Terry A Denny

On Saturday, Dec. 3, Terry A. Denny, loving husband, father and grandpa, passed away unexpectedly at the age of 68.

Terry was born to Clifford and Ellen (Watkins) Denny on Oct. 21, 1954, in Wadena, Minn. He spent more than 40 years working at Liberty Carton, where he met the love of his life, Kim. Married for 41 years, they had two children, Tony (Mesa) Denny and Jessica (Zack) Sundberg. Terry was the proud grandfather of four – Axel Denny and Kate, Cameron and Eleanor Sundberg.

Terry was a caring and fun-loving father and grandpa, who loved nothing more than spending time with his grandkids. He enjoyed woodworking and making crafts with Kim, and his daily trips to the dog park with his beloved rescue Molly. He took pride in maintaining a beautiful yard, made the world’s best Chex Mix, and enjoyed traveling to Arizona with Kim to visit family. After retiring from Liberty Carton in 2017, Terry joined the Animal Humane Society, where he transported more than 500 dogs and cats from Tennessee and Oklahoma to be adopted in Minnesota.

Terry was preceded in death by his parents and brothers, Vernon, David and Joey. In addition to his wife, children and grandchildren, Terry leaves behind his brother Duane (Olivia) Denny, sister Alice Oller, father and mother-in-law Les and Lorraine Theisen, and many other family members and friends.

A visitation will be held on Monday, Dec. 19, from 2-6 p.m. at the Cremation Society of Minnesota, located at 7835 Brooklyn Boulevard in Brooklyn Park. In lieu of flowers, the family requests donations be sent to the Animal Humane Society.

Share Your Memory of
Terry
Upload Your Memory View All Memories
Be the first to upload a memory!
Share A Memory
Plant a Tree