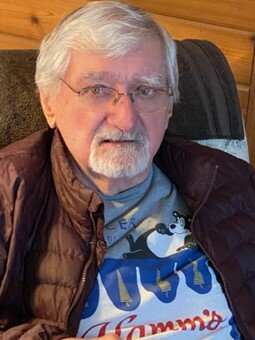 He was born in Cloquet, MN. on August 25, 1933 to John “Toge” and Eula Rogentine. After his graduation in 1951, Tony served his country in the U.S. Army during the Korean War. Upon his return, he worked along side his father at the Cloquet Liquor Store. He eventually became the owner of Curly’s Bar in Duluth and then The Ace Bar in Staples, Minnesota.

Tony met Elisabeth (Betty) Koch and they were married in 1959. Betty died in 1991 leaving Tony with 3 large children to take care of.

Tony was preceded in death by his parents and a sister, Patricia Zeman.

Tony made everyone around him laugh with his quick witted thinking and jokes. He kept his sense of humor throughout his illness and will be sadly missed by many friends and family. A memorial gathering will take place January 15th, 2023 2PM-6PM at the VFW in Cloquet.

A special thanks to St. Luke’s Hospital and Bayshore Health and Rehabilitation for their care over the last few years.