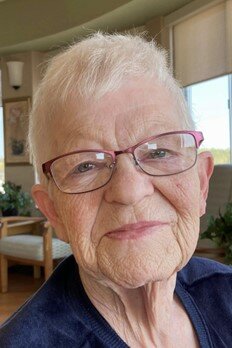 LaVonne Carolyn Hansen, 78, passed away at Hilltop Health Care Center in Duluth, Minnesota on November 29, 2022. She was born in Frederic, Wisconsin on December 22, 1943 to Lester and Olivia Hansen. She was the oldest of 3 sisters and grew up in Luck, Wisconsin where she was involved in many activities including being crowned Luck Carnival Queen in 1961. After high school she attended dental hygienist school in Minneapolis, Minnesota and was employed as a dental assistant. She married Robert Carl Hansen on May 2, 1964 at West Denmark Church in Luck, Wisconsin. They were deployed to Germany in 1966. Their first daughter, Sonja Marie, was born in Germany on September 21, 1967. Shortly after her birth, they returned to the United States. In 1969 they moved to Duluth. Their second daughter, Melissa Lynn was born January 28, 1973. LaVonne was a homemaker until her children were school aged. She then worked several different jobs in the Lakeside community until finally retiring from 20 years of service at Walgreens. LaVonne adored her six grandchildren and one great grandson.  She had the most infectious laugh, a feisty personality and was the BEST brownie maker ever, just ask her grandkids! She will be dearly missed by so many friends and family.

The memorial service will be held on Saturday, December 17, 2022 with a visitation starting at 9:00 a.m. The service will begin at 10:00 a.m. with a luncheon following.

Share Your Memory of
LaVonne
Upload Your Memory View All Memories
Be the first to upload a memory!
Share A Memory
Plant a Tree