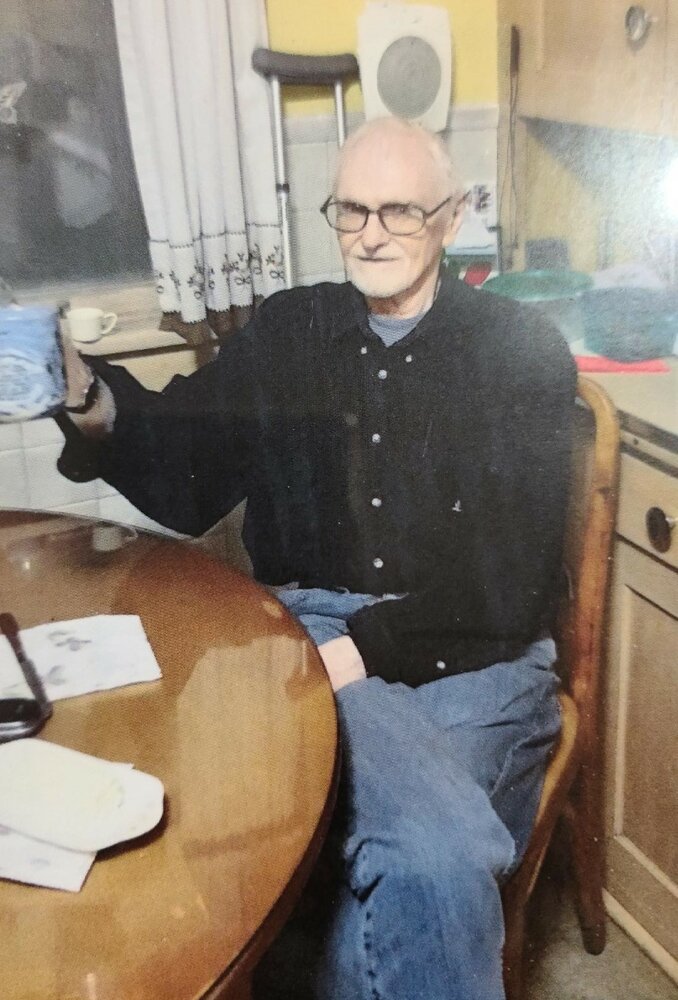 Cheers to a life well-lived!

Bill was born in Virginia MN, in 1921, growing up during the great depression in Duluth and surrounding area; after graduating from Duluth HS, he spent time in Oregon before being drafted into WWII and captured to spend the remainder of his time as a POW in Germany until the end of the war.

Returning home he worked on the railroad, as a court reporter, owned a Barber Shop, and retired from Control Data as a computer engineer, all while raising a family.

Throughout his life, he enjoyed family, friends, fishing trips to Canada, talking about his time on the railroad, writing poetry, making jewelry, wood working, putzing in the garage, playing pool, traveling abroad and dancing with his wife Rita. He walked every day and was always curious and a life-long learner.

I will forever be grateful for the care dad gave mom, during her long journey with dementia, putting his life on hold to care for her, allowing her to stay home until her death in 2014. After Rita’s passing, he went back to playing pool and dancing where he met his last dance partner, Ruth. He also enjoyed Monday dinners with his daughter Jo, where often he cooked – a new hobby he started in his later years.

He had a special bond with his granddaughter, Kristin, starting when she moved to MN at the age of five. You could say they were best friends and confidants and could talk about absolutely anything! As for Jordan, he said, “She just gets me.”

He loved talking to his daughter, Gail, about current economic and world affairs and was deeply sadden when she unexpectedly passed in 2019 at the age of 54.

A private celebration is planned for family and close friends of Bills.

To quote Dad ending every call, “That’s it then, take life easy.”

Share Your Memory of
William
Upload Your Memory View All Memories
Be the first to upload a memory!
Share A Memory