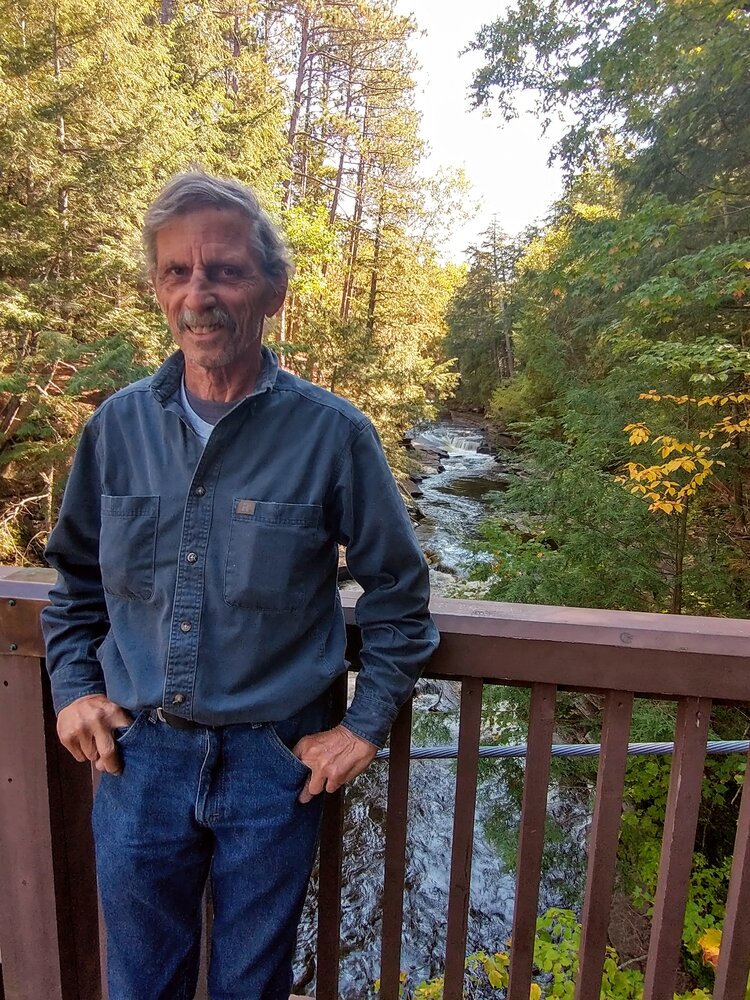 Devoy, David Stewart, age 77, died peacefully at home in St. Paul on November 12, 2022. Dave was a sensitive soul and a meticulous craftsman who quietly combined a sparkling intellect with a wicked sense of humor. Born in Minneapolis on November 1, 1945, to Margaret (Nevius) and Edward Devoy, he attended St. Thomas the Apostle School, Southwest High School, and Mankato State University before being drafted into the Army in 1966.

After serving in Vietnam, he returned home to Minneapolis, and in 1970 he and his friend Dan opened the Wax Museum, a small consignment record store, on 26th Street. The business grew into a chain of a successful retail outlets throughout the Twin Cities metro area, with additional locations in St. Cloud and Wisconsin.

Much of his free time during the 1970s he spent at “The Farm,” located outside Pine City, where friends, family, stray dogs (and one goat) were always welcome. He earned his pilot’s license and treated his siblings and nieces to a single-engine plane ride over the family cabin on Lake Gogebic in Michigan. Dave eventually sold out of the record business, gave up his convertible Mercedes and went back to driving his ancient green Ford pickup truck.

For a time, he remodeled houses, including his parents’ former home in Minneapolis. Then he earned a degree in software engineering from the University of Minnesota, at first working under contract, and later at Beckman Coulter in Chaska from 1997 until 2010. Upon his “retirement” he began volunteering with Twin Cities Habitat for Humanity, helping to construct new homes with the Dakota crew. That led to work with A Brush with Kindness, a Habitat subdivision, where his excellent problem-solving skills helped remodel and repair older homes.

Dave gave thousands of volunteer hours, contributed on countless projects, and met President Jimmy Carter through Habitat for Humanity. In 2021, Dave was quoted in an article in the Habitat newsletter: “It has long been my experience that those with the least to give are often the most generous, whether with a meal, shelter, a smile, a hug, or whatever else they can share. It is a gift and an honor to be able to give something back to such folks.” He also did contract work with Age Well at Home.

Dave was a gifted woodworker, a skilled photographer, a terrific cook, steadfast in his political convictions, and devoted to his extended family. He loved olives, beer, cigarettes, music, and a good joke, and will be greatly missed.

Dave is preceded in death by his parents, and by brothers Bob and Tom Devoy. He is survived by his wife of 33 years, Cindy; sister Susan (Devoy) Townsend; eight nieces; ten grand-nieces and grand-nephews; and many, many cousins.

A memorial service will take place on Wednesday, Dec. 7, at 1 p.m., at the Cremation Society of Minnesota, 7110 France Ave S. in Edina. In lieu of flowers, the family requests donations in Dave’s name to Twin Cities Habitat for Humanity at https://www.tchabitat.org/donate.

Share Your Memory of
David
Upload Your Memory View All Memories
Be the first to upload a memory!
Share A Memory