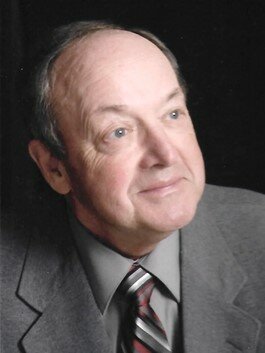 He was born December 17, 1939 to parents Charles H. and Anne J. (Tronnes) Merry at St. Luke’s Hospital in Duluth and was a lifelong resident. He graduated from Duluth Central in 1957 and earned his Bachelors in History from the University of Minnesota-Duluth in 1962 and a Masters in History from UMD in 1972.

While attending UMD, he met the love of his life, Jean Magee Merry, and they were married on August 18, 1962.

Singing was always a passion. He sang in the First United Methodist Church choir for most of his adult life and also formed a quartet with three other male singers called 4Men that brought enjoyment to members of the congregation for many years. They released two cassettes of recordings. At Central he sang in the choir and formed a quartet with classmates. They sang popular songs of the day. According to quartet member and close friend David Wheat, they competed in a talent show in Hibbing in 1957 and sang well but didn’t place as high as another contestant, Robert Zimmerman. The group would later perform at class reunions.

He participated in the youth group at First United Methodist as a child and as an adult worked in the church library with Jean. He was a founding member of the 2X2 Couples Club, participating with them in gardening and other projects and ringing bells for the Salvation Army during the holiday season.

He was an avid golfer, playing countless rounds at Lester Park and Enger. He also played and pitched for his church softball team. After watching his son curl, he was inspired to learn the sport too and was a member of the Duluth Curling Club for many years.

Al and Jean purchased a cabin on Long Lake in Iron River, Wisconsin in 1971, and they spent most summer weekends there before selling it in 2007. Al was the “gossip” columnist for the Long Lake Property Owners Association and cracked up lake residents and other residents of Bayfield County with his satirical and cheeky submissions to The County Journal. Participating in the annual 4th of July pontoon boat parade was always a highlight of the season, as well as hosting friends and family and catching the occasional walleye or northern pike.

He taught in the Duluth School District, and his longest stint was at Lincoln Junior High School where he taught 8th grade American History and also coached basketball. He was a member of Phi Delta Kappa and the Duluth Teachers Credit Union Board of Directors. He retired in 1996 after a 34-year career and was active in the Duluth Area Retired Educators Association, serving as the chair of the organization’s newsletter for many years.

During his retirement, he often spent mornings at Uncle Loui’s Cafe where owner Debra Strop would affectionately call him “Almond.” They had a long friendship that began while he was still teaching.

Al was preceded in death by his wife, his parents, his sister Sharyn C. Franzinelli (Merry), and his half-sister June C. Merry. He is survived by his brothers Charles M. Merry and Roger C. Merry; his children Allen D. Merry (Shelley Kapustin), Sarah J. Merry (Peter Markham), and Anne C. Merry-Jumbeck (Jim Jumbeck); and two sets of twin grandchildren, Jacob and Joshua, and Lance and Lucy.

A celebration of life will be held on Tuesday, November 21, 2022 at First United Methodist Church, 230 E. Skyline Parkway. Visitation will begin at 10 a.m. The funeral will be at 11 a.m., with fellowship following the service and interment at Forest Hills Cemetery at 2 p.m.

Memorials can be sent to the FUMC choir program.

The family would like to thank Essentia Health for the excellent and compassionate care that Al received in the final days of his life.

Share Your Memory of
Allen
Upload Your Memory View All Memories
Be the first to upload a memory!
Share A Memory
Plant a Tree