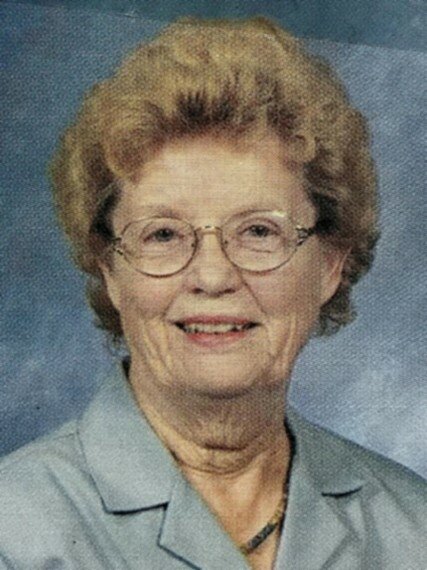 Jeanne was born in Duluth in 1929 to Theodore and Lucille (Beckwith) Alvar. She graduated from Duluth Central High School as a member of the National Honor Society. She married the love of her life, Robert Ferdon in 1947. She went on to school to become an LPN and worked in the Duluth Clinic surgery department for many years. She was the organist and choir director at Arnold Presbyterian Church until it closed. Jeanne and Robert joined the Glen Avon Presbyterian Church where she was active in the Women’s Association. Jeanne and Robert volunteered at the Damiano soup kitchen.

Jeanne enjoyed time spent in the summer at the cabin at Long Lake in Cotton, MN and winter vacations on the beach in Florida.

She was preceded in death by her parents, husband, her sister Joyce Sponnick, her brother Roger (June) Alvar, her daughter LeAnn (Robert) Neilsen and her daughter-in-law Marilyn Ferdon. She is survived by her sisters Betty (Arthur) Massie, Doris (Glen) LeBlanc, her son-in-law Robert Neilsen, Marie (Rodney) Moberg, Timothy (Barbara Montee) Ferdon. She has ten grandchildren and six great-grandchildren. There will be a small family service at a later date and she will be laid to rest with Robert at Park Hill Cemetery in Duluth, MN. Memorials can be sent to the Glen Avon Church in her name. Many thanks to the Benedictine community for caring for her over the last few years.