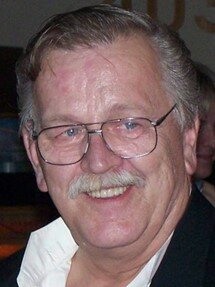 I am heartbroken to announce the death of our father, Robert (Bud) Sydney Nelson, age of 77, of Superior WI, who passed away on October 13, 2022, at Solvay Hospice House surrounded by Family. Robert was born May 9, 1945, to Sydney Robert Nelson and Mary Louise (Benson) Nelson in Duluth MN, one of 8 children. He graduated from Denfeld High School on June 6, 1963. He was a loving Husband of 35 years to Donna Renee Koski of Duluth, MN.

Robert was a loving father, husband, grandfather, and friend to everyone.

Our dad enjoyed Coin Collecting, Metal Detecting, Gold Prospecting, Camping, seeing his grandchildren, and always enjoyed cracking a joke. He Worked at PettieBone of Duluth until it closed. Also, many years with his best friend James Zywicki of Zywicki painting, and 16 years at Cub foods in Duluth, MN until he retired.

A special thank you to the people at Solvay Hospice House in Duluth for their loving care and support during his final days. Also, the family would like to extend their sincerest gratitude towards Cremation Society of Minnesota for being very accommodating and understanding during this difficult time.