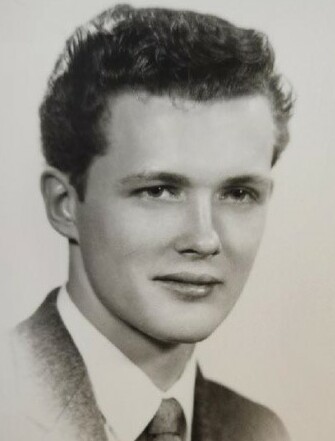 Born February 09th, 1943. Entered eternal rest on October 19th, 2022, at the age of 79 in St Louis Park, MN. Keith proudly served his country in the U.S. Navy from 1961 to 1963 serving on the Aircraft Carrier USS Independence during the Cuban Missile Crisis. After his Naval service, Keith entered the food service industry where he managed Bridgeman’s Restaurants in the Twin Cities area. He remained in that industry for most of his career.

Keith was preceded in death by his parents Will and Mildred Hoffman.

A Celebration of Life will be held at Cremation Society of MN Brooklyn Park 7835 Brooklyn Blvd, Mpls MN 55445 On Saturday December 3rd. There will be a visitation at 11:00, Service at 11:30, and a lunch to follow.

Keith’s family would like to thank the staff at The Estates of St Louis Park, Moments Hospice and Monique for their wonderful compassion and care.

11:30 am - 2:00 pm
Cremation Society of Minnesota - Brooklyn Park
7835 Brooklyn Boulevard
Brooklyn Park, Minnesota, United States
There will be a visitation at 11:00, Service at 11:30, and a lunch to follow.
Need Directions?
View Map | Text Directions | Email Directions

Share Your Memory of
Keith
Upload Your Memory View All Memories
Be the first to upload a memory!
Share A Memory
Plant a Tree