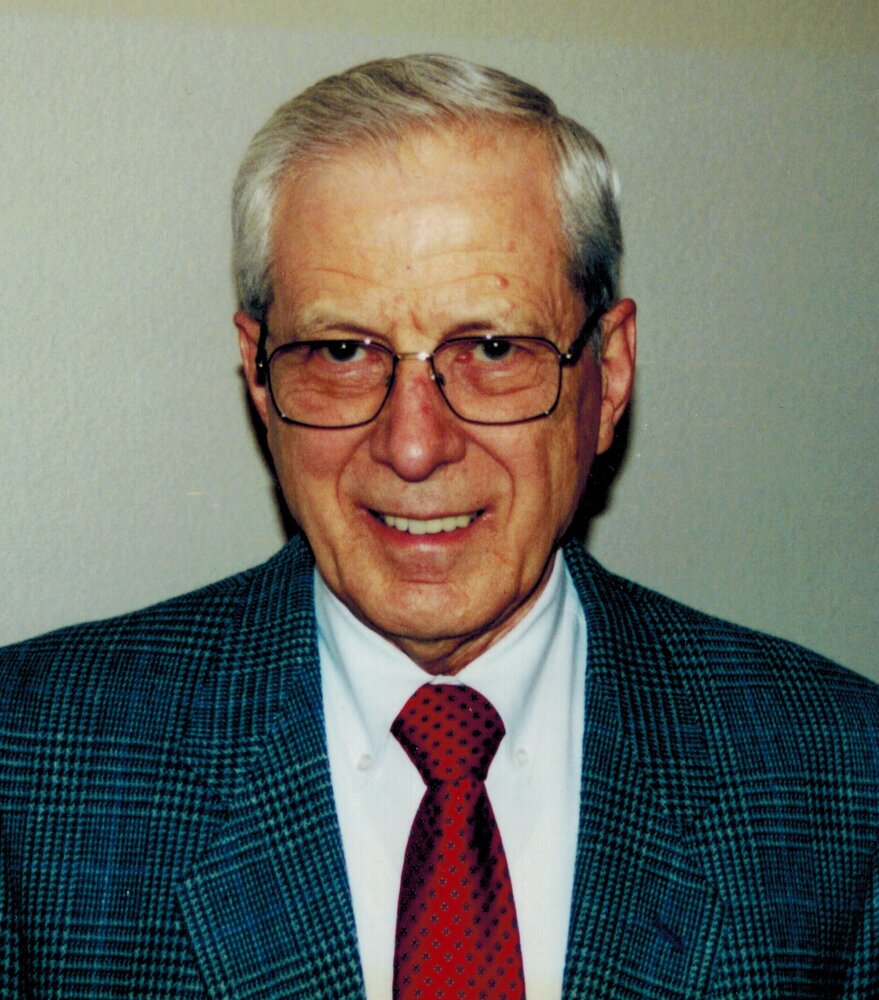 Howard W. Heck of Brooklyn Park, Minnesota, passed into eternal life at the age of 96 on October 26, 2022 from dementia. He is survived by his daughters, Karen Karbo, Susan Heck, Dianne Fancher and granddaughter, Allison Fischer, and many nieces and nephews.

He was predeceased by his wife, Anne of 70 years, his sisters, Evelyn Wilson, Marie Rocheleau and Geraldine Herman, his brother, Gerald Heck and son-in-law, Skip Karbo.

Howard was born on November 6, 1925 in Minneapolis, Minnesota, to Joseph and Frances Heck. Howard graduated from North High in 1943. He served his country from 1944-45 in WWII as a Sergeant in the Infantry of the  United States Army, 10th Mountain Division in Northern Italy.

After the war, while working as a letter carrier on Capitol Hill in Washington, D.C, Howard met the “love of his life”, Anne and after a whirlwind relationship they were married in 1946.

Howard and Anne returned to Minnesota where he attended the U of M and graduated with a degree in civil engineering. He later worked for the U of M Plant Services Division until his retirement in 1988.

Howard and Anne settled in Brooklyn Center, where Howard devoted many years to community service. In 1960, Howard co-founded a local, non-partisan political organization in Brooklyn Center “Citizens for Better Government” (CBG), which was a nationally recognized for endorsing qualified individuals for public service in the community. He was elected as a Brooklyn Center trustee/councilman and served the city from 1959 to 1972. Howard was a charter member of the Brooklyn Center Historical Society, served as chairman of the restoration committee of the Old Dunning School House in Champlin, Minnesota and volunteered on the collaboration of the book “The Brooklyn”. In 1966, he served as a delegate in the Minnesota state convention. He was an active member of the Community Emergency Assistance Program (CEAP). In 1976, Howard was honored with the “Brooklyn Center Outstanding Citizen” award by the Brooklyn Center JC’s. Howard and Anne were charter members of St. Alphonsus Catholic Church and were active in several church committees over the years. Howard served on the Advisory Board of the Metropolitan Council. After his retirement, Howard and Anne traveled to Austria and Germany where he did extensive research on his family history and published five books, which are displayed in The Library of Congress in Washington, D.C. In 1984, Howard shared his expertise and taught a community education class “Tracing Your Family Roots”.

Howard was once asked “What do you want written on your tombstone” he replied “he was an honest man”.

A Memorial Gathering will be held Thursday, November 10th from 2-5PM at Cremation Society of MN, 7835 Brooklyn Blvd, Brooklyn Park.

Share Your Memory of
Howard
Upload Your Memory View All Memories
Be the first to upload a memory!
Share A Memory
Plant a Tree