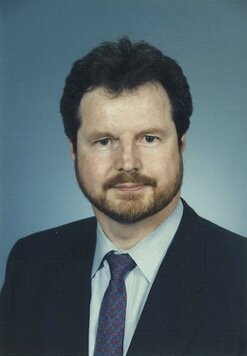 On October 13th, 2022, John Charles Goodman aged 74, beloved husband and father, passed away in his sleep at his home in St. Paul.

Born September 3rd, 1948 in Glencoe, Mn, John graduated in 1966 from DeLaSalle High School where he co-captained the varsity football team.

He graduated from St. Thomas College where he was voted co-MVP by his football teammates, with whom he enjoyed gathering annually for homecoming reunions. After college, he started his own successful business alongside his private investing endeavors.

Hardworking and driven, he began working at ten years old unloading trucks. Through high school and college he worked at the family truck stop, Mel’s, in St. Paul.

Friends, family, and peers sought his counsel and support for problems big and small. He was inspired by the survival story of Ernest Shackleton’s antarctic expedition on the vessel Endurance. Shackleton led all his men to safety despite insurmountable odds and the vastness of  the wilderness. John supported those in need with his time, wisdom, and resources.

As a man of God, he was a rock for his family whom he loved deeply and generously supported. He was a packhorse on family trips, often staying up late packing the night before.

He gave his time in service of those he loved. He coached or attended every baseball, soccer, football, and martial arts class, game, or practice. Despite his injured shoulder, he threw balls for batting practice on hundreds of summer days.

He was a skilled hunter and enjoyed hunting with his sons, brother Tom, lifelong friend Tom Wilkolak, and friends.

John loved the outdoors and inspired that love in those around him. On trips to the cabin on Lake of the Woods, his brothers Tom and Daniel, cousins, and lifelong friends Tom Wilkolak and Jim Dingle would fish for walleye during the day and listen to the loons at night.

He is preceded in death by his parents LuVern Goodman and Harriett Hoffman, brother Jim and sister Mary Jean. He is survived by his wife (and high school sweetheart) Sherry, sons Joshua and Lucas, daughter Chloe, brothers Tom and Daniel, sister Yvonne, nieces Elise and Kimberli, nephew Josiah, and much-loved cousins Pete, Wayne, Glenn, Russ, Dean, and many more.

A celebration of life will be held on Saturday, November 12th at the Lexington Restaurant in St. Paul from 12:00PM to  3:30PM.

A Memorial Tree was planted for John
We are deeply sorry for your loss ~ the staff at Cremation Society Of Minnesota | St. Paul
Join in honoring their life - plant a memorial tree