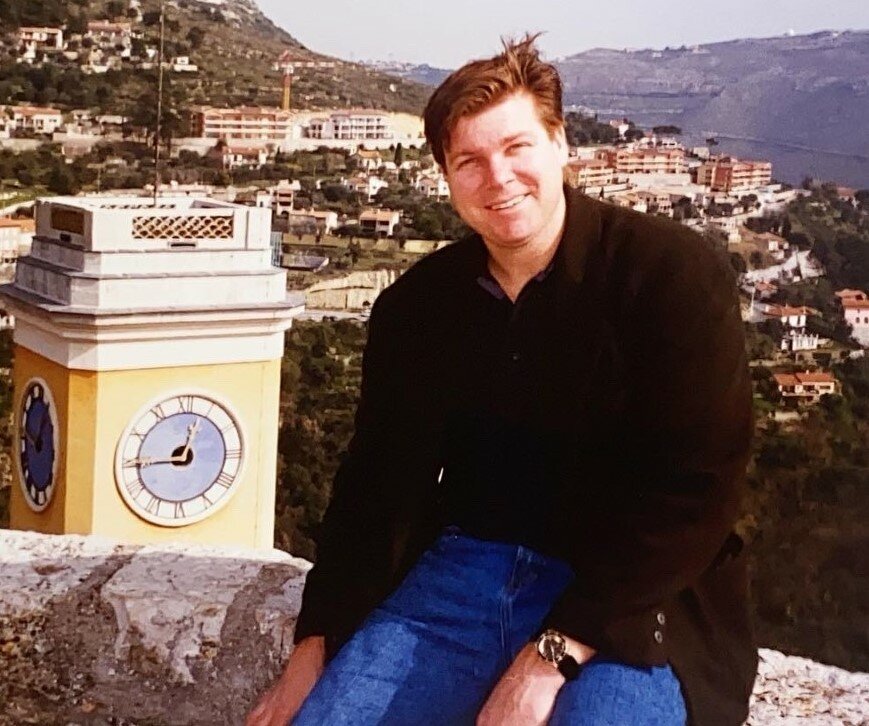 Jeffrey “Jeff” Lange’s soul left the world on the afternoon of Thursday, October 20th at the age of 61. He was surrounded by family at home during his passing supporting him as he transitioned to the afterlife. Jeff was born in Glendora, California on April 4, 1961 to Darryl Lange and Wanda Christensen. His mother, Wanda, passed away 6 months after Jeff’s birth. Darryl met Jackie Rothman in California where they married, and Jackie raised Jeff as her own. When Jeff was 12, his family moved to Northern Wisconsin. During his youth, Jeff spent winters aboard his parent’s sailboat in the Bahamas and summers working at his family’s Dairy Queen in Lake Nebagamon, WI. Staniel Cay in the Bahamas remained his favorite place to travel and explore with his family.

Jeff received a high school diploma in 1980 from St. Croix High School in Solon Springs, and went on to double major in Biology and Business at UWS, earning his Bachelor’s in 1985 while playing college basketball. After graduation, Jeff worked aboard a Japanese fishing boat before moving into a successful career as a technical salesman in the paper industry. Jeff spent many years “on the road” traveling for work, and making lifelong friends along the way.

Jeff married Anne (Esson) Lange in 1996 and started a family in 2001 in Duluth, Minnesota. His whole life revolved around his children and family. He was a loving father, brother, son, and husband. Jeff enjoyed lake living and time with his family, golfing, boating, collecting comic books, hunting, story telling, watching movies, snowmobiling, and attending car shows with his 1970 Cadillac Coupe DeVille. He also enjoyed spending many winter vacations traveling and exploring new places with his family.

Jeff was preceded in death by his parents, Darryl Lange and Wanda Christensen. He is survived by his mother, Jackie Lange; sisters Rene Smith and Kendra (Robert) Zupke; former wife and special friend, Anne Lange; and children Chloe and Caeden Lange along with his nieces/nephews and may dear friends.

A Celebration of Life will be held on Sunday, October 30 from 3-5pm at Ivy Black event venue (6910 Hwy. 194) in Saginaw, MN. A Time of Remberance will begin at 4 pm for those attending to share in prayer, stories and memories. We love you Jeff, you make a lovely guardian angel.

Share Your Memory of
Jeffrey
Upload Your Memory View All Memories
Be the first to upload a memory!
Share A Memory
Plant a Tree