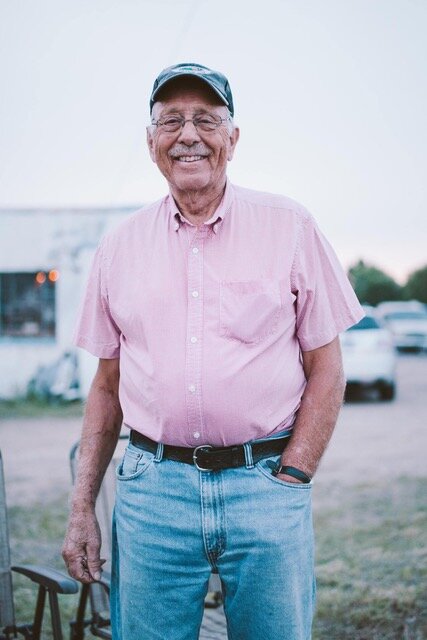 Earl was born September 17, 1936 in Faribault, MN, to Marvin and Grace H. (Buscho) Bosshardt. Earl, the oldest of three, was raised on a farm south of Morristown. He was a 1956 graduate of Morristown High School. He spent two years in the United States Army after which he came back to the family farm. It was at that time he found the love of his life, Barbara Jean Swift. They were married on November 24, 1962, at Lakeside Methodist Church in Waterville, MN. Earl continued farming for seven years, after which he moved to Byron, MN. He was employed by Olmsted County Parks Department to develop County parks. In 1969, he started developing 572 acres north of Byron which was to later become Oxbow Park/Zollman Zoo. Earl at Oxbow: https://www.postbulletin.com/faces-in-the-crowd-park-managers-home-is-a-real-zoo. Earl was most proud of two accomplishments in his career. 1) Securing Bison from Fort Niobrara National Wildlife Refuge in Nebraska and 2) Making sure Oxbow would remain a place where families could come for free, eliminating any barrier for families to do family activities. After 25 years at Oxbow he helped finish developing the 1,333 acre Chester Woods Park of Eyota, MN. He retired in 1998 after 29 ½ years with the county.

While he was working at the park the also joined up with the Minnesota National Guard serving 21 ½ years. He was very proud to serve his Country.

Earl had a passion for seeing people come to know the Lord at a young age. He served for many years on the board at Camp Shamineau, Motley, MN and in his retirement, he volunteered at Camp Victory, Zumbro Falls, MN.

He loved his family and spent countless hours on the road to see sporting events, concerts and plays. Earl gifted his love for the outdoors to his grandchildren by fishing, tubing, camping, and working by his side.

Lunch will be served after service

In lieu of flowers, memorial gifts will be donated to Camp Victory Ministries Inc.

Share Your Memory of
Earl
Upload Your Memory View All Memories
Be the first to upload a memory!
Share A Memory
Plant a Tree