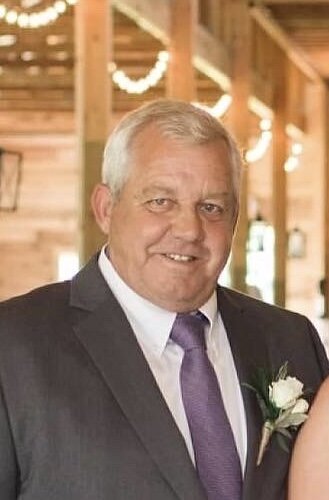 Michael Kreger, age 67, of rural Green Isle passed away Saturday, October 22nd, at Abbott Northwestern Hospital surrounded by people he loved.  Being a non-traditional guy, Mike would have hated the idea of a funeral.  Instead, we are planning a Celebration of Life at his last jobsite, Triple Crown (residences at Canterbury - 840 Shenandoah Dr. Shakopee) on Friday, November 4th from 4:00 - 8:00 pm.  Follow the signs for the Leasing Office and you will be directed where to go.  Casual attire encouraged, food/drink provided, all are welcome.

Mike was born on February 25th, 1955 to Mary Ann and James Kreger, the 3rd of 5 children.  He grew up on his family's farm, hard at work in the barns and on the field.  He was active in 4H, sports teams at AGI High School (class of ‘73), and spent his freetime in the great outdoors and cruising the backroads with friends.  After a brief move to Colorado in his 20s, he settled in with his then-wife Peggy to make their home, one mile from his childhood farm and they had a daughter, Annie.  He pursued a career in construction management and worked up until the time of his death for Doran Companies out of Bloomington.  He was tenacious on the jobsite and knew how to get things done.  If you drive around the cities, chances are, you have seen a building he was in charge of.

Mike was a go-getter, with a tough exterior, but was a big softie once you got to know him.  You either loved him, or you hated him, sometimes both at the same time.  He cared deeply for those around him, even though he didn’t always show it in traditional ways.  The last 2 years of his life, Mike became a grandfather, and he enjoyed watching the shenanigans of his 2 grandchildren.

Mike was an avid outdoorsman and was happiest in a duck blind, a deer stand, or out on the water trolling for the days catch.  In his younger years, he took many canoe trips in local waters and in Minnesota's northern rivers.  He and his daughter shared many special memories arguing over who was going to steer the canoe, avoiding portages, pitching tents, and hitchhiking for rides back to their car.  He was very involved in conservation of local wetland areas and protecting Minnesota wildlife, helping to preserve over 1,000 acres in Sibley County.  In lieu of flowers or gifts to the family, please consider a donation to local conservation efforts  in Mike’s name.  Contact his daughter Annie at 507-381-9578 for more information.