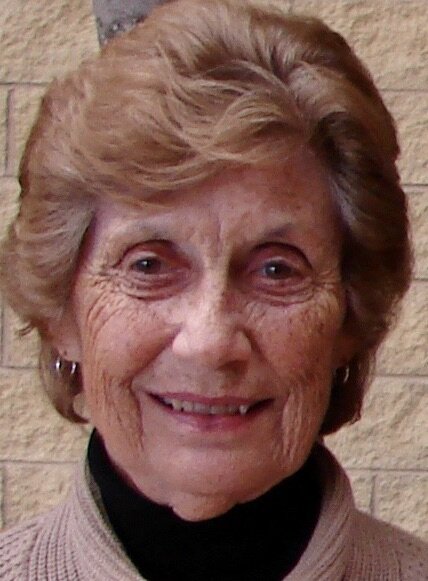 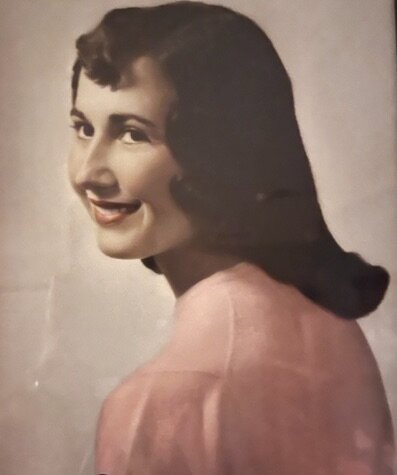 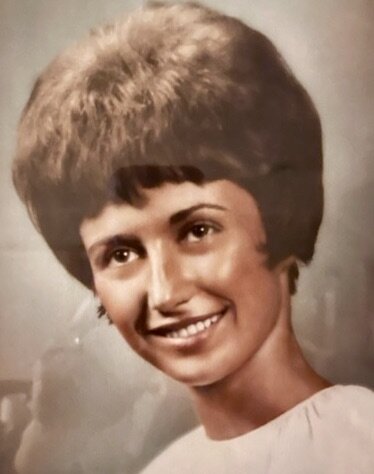 Judith Elaine (Paulus) Ehleringer, age 81, passed away peacefully at home on September 24th, 2022. Judy was born in Breckenridge, Minnesota as the vivacious daughter of Berniece and Christopher Paulus on April 3rd,1941. Judy spent her childhood years growing up in Aitkin, Minnesota as the third of five children.

Judy graduated from Aitkin High School in 1959, and then attended Austin Community College for one year and continued her education at Bemidji State University, where she earned her degree in Elementary and Early Childhood Education. Judy could be seen at the local pizza parlor her college years, serving numerous Minnesota Viking athletes. She prided herself on the many conversations she had with them!

During Judy’s junior year in college, she met Lloyd on a blind date and they dated for three years, and then went on to marry December 26th, 1963. Judy and Lloyd settled in Prior Lake, Minnesota where they enjoyed 50 years at their country home. They were blessed with three children and ten grandchildren. Judy and Lloyd moved to Lakeville in 2018.

Judy was an animal lover! Animals sensed her peace and calm, and were immediately drawn to her. Judy raised award winning English Setters (Pondsview Setters), and later in life, she won the hearts of her beloved Yorkies: Ditto, Cocoa, and Louie! Her compassion for all living creatures goes without measure.

Judy also loved her gardens and flowers. Shades of yellow, pink and purple embellished her beautiful homes that she meticulously attended to. Time at the cabin in Brainerd, provided many, precious family memories! Judy adorned her lake home, and spent many hours looking at the amazing sunrise and sunsets on her deck. Judy found happiness in the simple things in life. She was a dedicated mother and grandmother, who never missed the many events of her loved ones. She provided many ‘special days’ for her grandchildren, where she would take them out for a unique adventure, that she intentionally and purposefully planned with each child in mind. Her passion for her family never ceased, and her grandchildren referred to her as ‘cutie Judy!’

Judy modeled amazing endurance and strength as she courageously navigated her final years with Alzheimer’s disease. She continued to embrace her time with family, and she celebrated each and every quiet moment.

Judy is lovingly survived by her devoted husband Lloyd. She and Lloyd celebrated 59 years of marriage together. Lloyd was Judy’s solid foundation and rock, and he selflessly cared for her and kept her in the comfort of her home until God called her by name. Lloyd kept his promise to her. Judy will continue to be loved and greatly missed by her children: Randy (Kari) Ehleringer, Kelly (Scott) Sirinek, KerryJo (Kirby) Hoeft, and family member Lisa Ehleringer. She will forever live in the hearts of her grandchildren: Haley (Devin) Ehleringer, Alicia (Sam) Ehleringer, Dane Ehleringer, Kyle (Victoria) Friedges, Kalyn (Joe) Friedges, Karly (Cole) Friedges, Kori (Sam) Charbonneau, Madeline (Marshall) Hoeft and Caleb Hoeft.

Heaven received a noble fighter and a beautiful soul who was loved abundantly. Judy will continue to be in our hearts as she receives the greatest gift of all ~ eternal life!

Judy’s celebration of life will be Saturday, October 29th at the First Memorial Funeral Chapel (Edina Cremation Society of Minnesota), with a visitation at 11:00 PM and a noon service presided by Father Tom Wilson. A meal and gathering time will follow the service. A private family burial will be held at Fort Snelling National Cemetery on October 31st. Memorials will be given to Hospice in Judy’s memory.

Share Your Memory of
Judith
Upload Your Memory View All Memories
Be the first to upload a memory!
Share A Memory