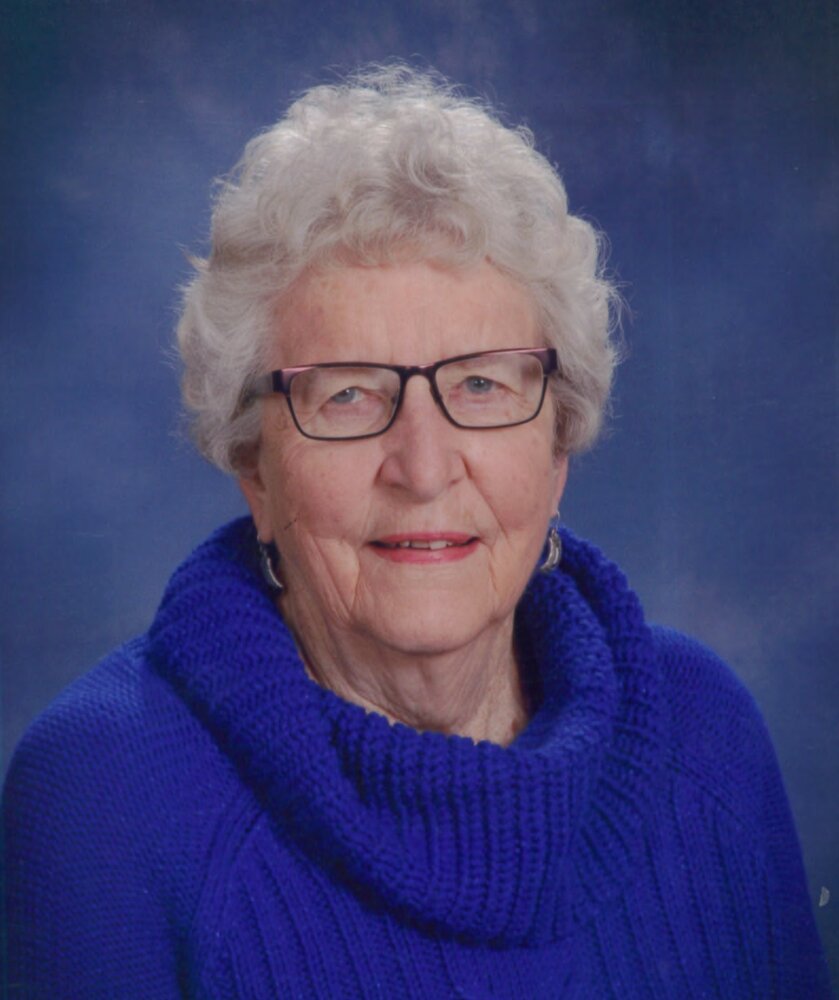 Riksene Beredene (Van Zomeren) Higgins was born February 28th, 1932 in Castlewood, SD. She grew up on a farm in South Dakota and moved to the Van Zomeren family farm in Chokio, MN in 1945. She attended a one-room school house through grade eight and then transferred to Herman High School. She graduated in 1950.

Wanting to be a teacher, she enrolled in an eight-week educator course at Ellendale Normal in North Dakota. There she earned a license to teach grades 1-8 in a rural school. She taught in Oakes, ND from 1950-1952. After earning tuition money, she enrolled at Concordia College in Moorhead, MN where she majored in Elementary Education and History. She graduated with honors with a BS degree in May of 1955. She taught elementary school in Duluth, MN from 1959-1961 and was the director-teacher at Woodland Nursery School from 1976-1989.

Riksene married Robert Higgins on August 1, 1959 in Herman, MN. They celebrated their 63rd anniversary in 2022.

An active member in the former Lester Park United Methodist Church, Riksene was involved in many women’s programs. She studied the Bethel Bible Series for two years, becoming a certified Bethel teacher. She later transferred her membership to First United Methodist Church. While a member there she was president of the UMW group, served on many committees, and was a beloved teacher who enjoyed sharing her biblical knowledge.

She is survived by her husband Robert, three daughters Beth (Steve) Jasmer, Jane (John) Weaver, and Sue (Ken) Wright, 12 grandchildren, and three great-grandchildren. Donations in her memory may be made to Second Harvest Food Bank, Churches United in Ministry (CHUM) Duluth, or local charities of your choice.