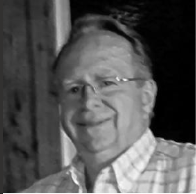 On February 10, 1962, Harry married Maurine (Penny) Nichols and were married almost 56 years. Harry and Penny spent most of their married life in Bloomington, where they raised their family and worked. Harry is a retired Bloomington fire fighter, serving 20 years with the department.

Harry is preceded in death by Penny and is survived by their 3 children, Lisa (Scott) Stenbeck, Jeffrey (Deb) Lanenberg, Michael (Teresa) Lanenberg and 10 grandchildren.

A visitation is scheduled for Tuesday, October 18, 2022 from 4-7pm, at the Cremation Society of MN located at 7110 France Ave. S. Edina, MN. Memorials preferred to the Lions Club or the Bloomington Fire Dept in memory of Harry Lanenberg.

Share Your Memory of
Harry
Upload Your Memory View All Memories
Be the first to upload a memory!
Share A Memory