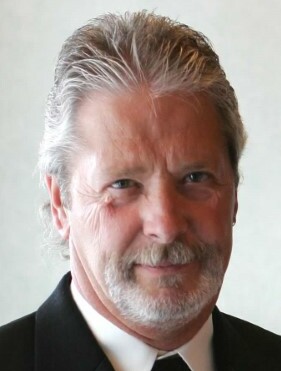 Steven Terrance Turner was born on December 14, 1948, to William and Carol Turner in Minneapolis, Minnesota. He was raised in the San Francisco Bay Area, California with his three siblings Mike, Mark and Kim. There he developed his love for nature, art, music, and the sea.

Steve moved to Minnesota his senior year of high school, attended the University of Minnesota and received an Associated Art degree. He enlisted as a member of the United States Army National Guard and earned an expert declaration on the rifle.

He worked for Northern States Power/Excel Energy for 39 years working on electrical generating sub stations, coal and nuclear power plants. Steve was known for his hard work and dedication often working out of town and numerous holiday and overtime hours to provide more for his wife and three children.

Steve worked hard but was his happiest when vacationing or spending time with his family. He loved to joke around and keep things light-hearted and was known for his sweet tooth, especially krispies, ice cream, donuts, chocolate milk and key lime pie. Steve loved to travel anywhere near the water, either in the family pop up camper or time shares in Florida and Mexico. There he enjoyed the warm sun, scuba diving, snorkeling and simply walking the beach in search of the perfect shell.

He coached his boys in youth baseball and spent many hours playing catch, fund raising for the Boy Scouts or fine-tuning pine wood derby cars. He coached his daughter in softball and attended many sporting events, band concerts and dance recitals for his five grandchildren. You could always count on him to give special attention to his animals and anyone willing to accept an extra treat.

He had numerous passions that included his love for animals and music, especially the Doors, saltwater aquariums, scuba diving, surfing, shipwrecks, riding his Harley, and spending time with his family and grandchildren. He was a collector of many things, including maritime artifacts and surf and classic rock memorabilia, which brought out his talent for negotiation - always in search of a good bargain.

Steve died peacefully after a battle with frontal temporal dementia. In lieu of flowers, please consider a donation in Steve’s name to the Association of Frontal Temporal Dementia (AFTD) to help fund research and education. AFTD - The Association for Frontotemporal Degeneration (theaftd.org) or The Cousteau Society to help conserve marine life for present and future generations. The Cousteau Society - Captain Jacques Cousteau

The family would like to extend a special thanks to all those involved with Steve’s care over the last few years. Your actions, thoughts and prayers were integral in assisting us all through this difficult time.

Steve will be forever remembered as a loving husband, dad, grandpa, and friend.

A celebration of life will be held on Sunday, October 16, 2022 at 11:00am at the Cremation Society of Minnesota, 7110 France Avenue South, Edina, Minnesota.