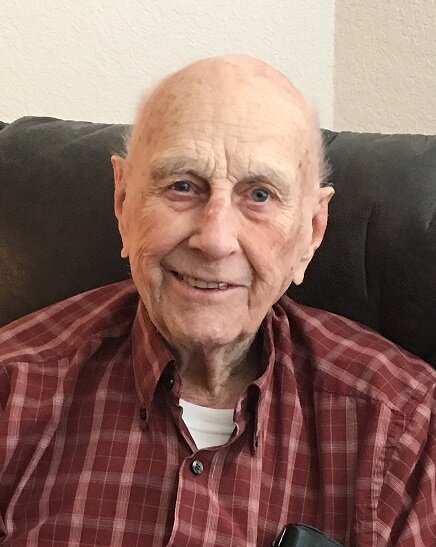 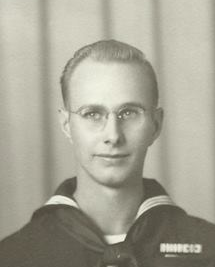 Preceded in death by his father, mother, 3 brothers, granddaughter, and daughter, Kathleen Moses.

Warren served in the Navy for nearly 4 years, much of which was spent on the USS Fletcher, a destroyer known as “Lucky 13”. On November 13, 1942, the Fletcher was the 13th ship in a column of American warships that engaged in a major nighttime battle with Japanese warships headed for Guadalcanal. At night’s end, the Fletcher was the only US ship in the column that was not damaged. For many years afterward, Warren and Pat attended annual reunions of the Fletcher’s lucky crew.

Following the war, Warren worked for Minnegasco as a service technician for over 30 years. Known as ‘Uncle Warren’ to all, the quiet Norwegian was loved and embraced by his immediate family and an extended family of in-laws, nieces, nephews, and countless friends. Days at the family’s cabin near Dorset, MN are embedded in all their memories.

The family thanks the staff at Grace Hospice and Pillars of Prospect Park for their wonderful care the last few weeks of Warren’s life.

In lieu of flowers, donations to Grace Hospice (www.gracecaring.org) or the American Cancer Society (www.cancer.org) are encouraged.

Private internment will occur at Fort Snelling National Cemetery at a later date.

10:00 am
St. Timothy’s Church
707 89th Ave NE
Blaine, Minnesota, United States
Visitation will begin at 10am followed by Mass at 11am and lunch after the service. In lieu of flowers, donations to Grace Hospice (www.gracecaring.org) or the American Cancer Society (www.cancer.org) are encouraged.
Need Directions?
View Map | Text Directions | Email Directions