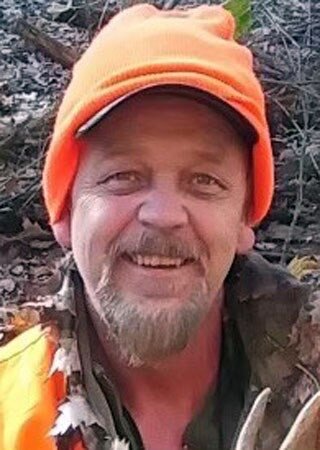 Eddy was born July 21, 1969 in La Crosse, WI to Odell and Blanche (Nicholson) Edmunds, the seventh of 10 children. He grew up in La Crescent on the family farm and was a 1987 graduate of La Crescent High School.

In his early 20's, Eddy settled in the Twin Cities area where he met his first wife, Debra (Cramblit). They married in 1992 and had a daughter, Ashley. They later divorced. Several years later, he met his current wife of 23 years, Debra (Reis). Together, they share two children, Colton and Kaitlyn, as well as Debbie's daughter, Taylor.

Eddy worked several years in construction and landscaping. He was most recently employed as a Maintenance Mechanic at WestRock in Fridley, MN.

Eddy loved the outdoors, especially duck and deer hunting. He will be remembered for his wonderful smile, sense of humor, and his ability to tell a story. He was an excellent cook, enjoyed playing euchre, and was everyone's favorite dance partner. His greatest joy came from spending time wth his children and granddaughter.

A Celebration of life is planned for Saturday, November 19, 2022 at the La Crescent Snowmobile Club from 1:00 to 5:00. Cremation Society of Minnesota, Edina, is assisting the family.

"A golden heart stopped beating, hard working hands at rest, it broke our hearts to see you go, God only takes the best."