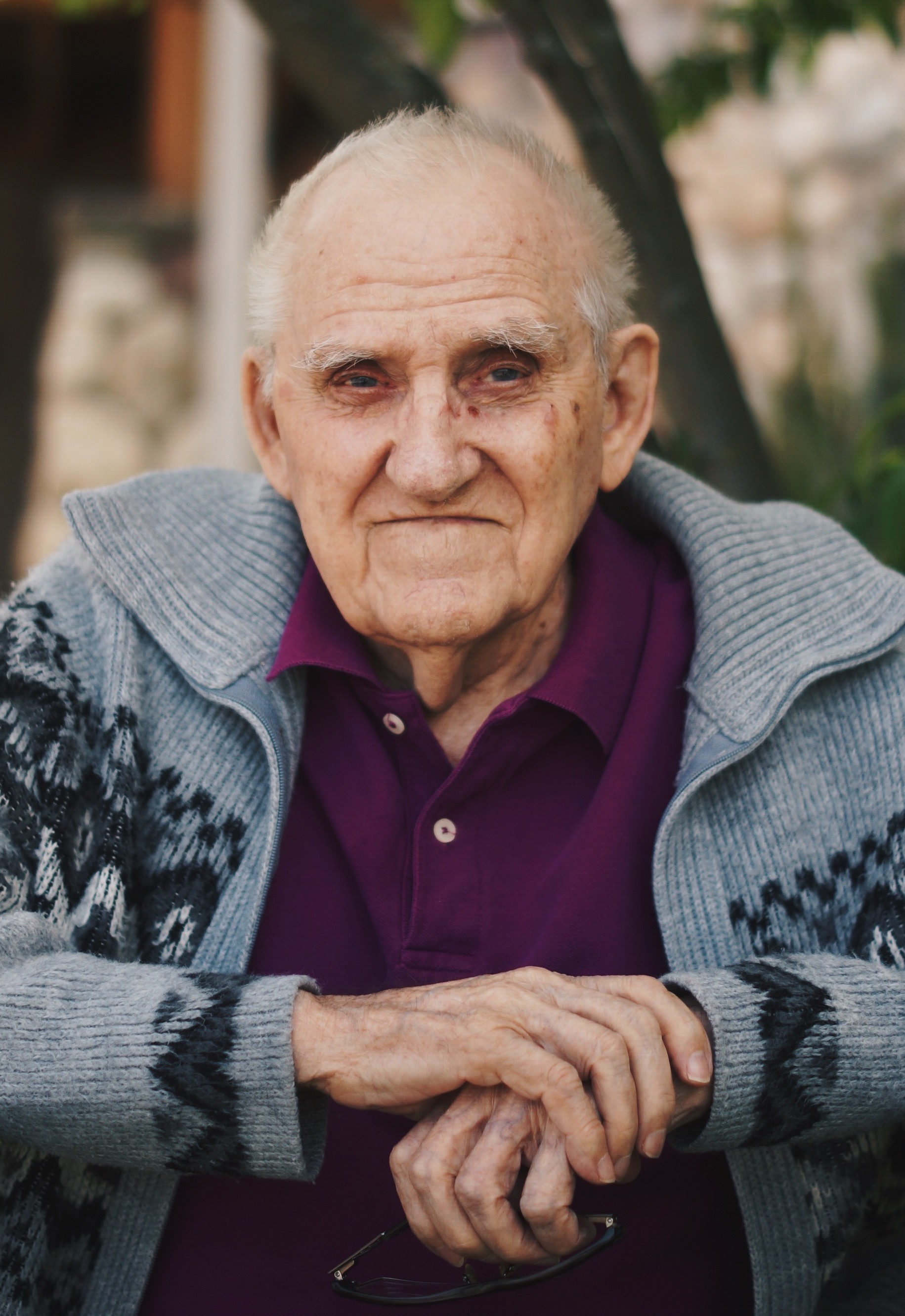 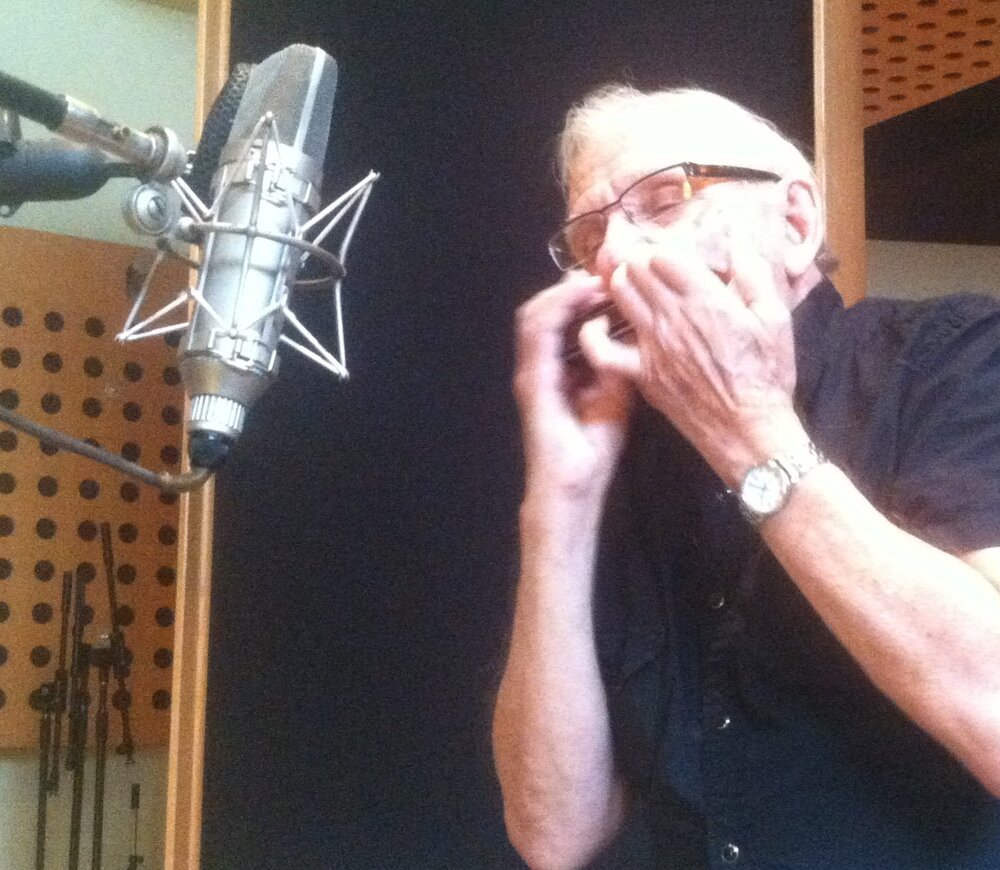 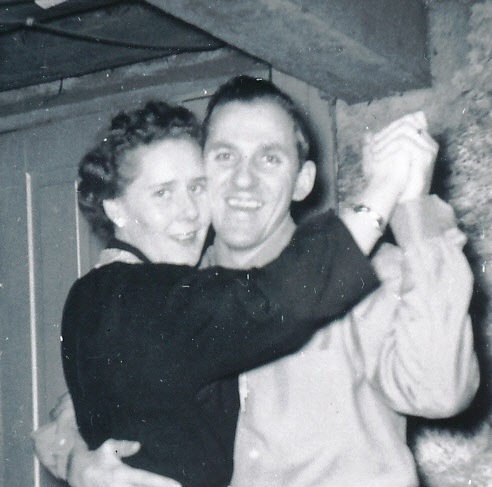 Don worked for the DM & IR Railroad and then entered the US Army. He served in the Italian Campaign in the 88th Infantry Division, also known as the “Fighting Blue Devils”. He was very proud to be a WWII Veteran.

After the war, he entered the Minneapolis School of Art (now MCAD) but left his studies to return to Duluth to help support his mother and unmarried sisters.

In 1948 he met and was swept away by a Scottish farm girl, Jean Frances McDowell. Jean and her mother, Leona, loved to go out to listen to music and happened to be in the same place as Don one fateful night. Mother and daughter saw a well-dressed young man with a winsome smile. He offered them a ride home and when they accepted, they walked toward the shiny new car and not the shiny old car. Only momentarily disappointed, the old car drove them to many more places and the romance blossomed. Don and Jean were married on January 14, 1950.

He was a self-taught harmonica player as a boy. Over the years, he performed with friends who provided guitar or accordion backup. He filled in for country western bands at many notable places in Duluth and Minneapolis when they needed a harmonica. His love of performing continued and especially helped him after his wife Jean’s death. He was a member of The Crickets Senior Band of Bloomington, performing throughout the metro for seniors in a variety of venues, and on Saturdays with the Jam group at Creekside Community Center. As a member of House of Prayer Lutheran Church, he was invited to play at Sunday services for many years and always said that the church had the best acoustics he’d ever played in. He played harmonica with his special music therapist Valerie on guitar until two weeks before his death.

He worked at the Veteran’s Hospital in Minneapolis for 20 years, living first in Fort Snelling and then in South Minneapolis. He cared for Jean for 5 years, after a major stroke left her partially paralyzed. After her death, he traveled many times with his older brother, Roy, and became an honorary member of the USS Ranger crew by attending Roy’s naval reunion for 9 years.

Among his gifts to his daughter were: how to blow your nose using just one finger when you didn’t have a hanky; ice skating on frozen ponds in the middle of nowhere; tobogganing on a round-cornered refrigerator door he salvaged from his job at the Cooperator plant in West Duluth, trespassing onto golf courses in the winter to try an especially long and steep hill or taking it down a bobsled run and finally, being held headfirst down the outhouse hole to retrieve his car keys.

He was proud of his family and enjoyed being with them. Don leaves behind his daughter, Donna (Tim), grandson Bill (Pam), great-granddaughter Abby, great-grandson Jack, numerous nieces and nephews, and their children.

Don’s family wishes to express their great appreciation for the many caregivers at Timber Hills of Presbyterian Homes and Services, Optage Hospice, Senior Helpers of Burnsville, and his Nurse Practitioner Michelle from HealthPartners for their care beginning in 2014.

Family and Friends are welcome to attend. RSVP to Don’s family. No memorials, please.

Share Your Memory of
Donald
Upload Your Memory View All Memories
Be the first to upload a memory!
Share A Memory