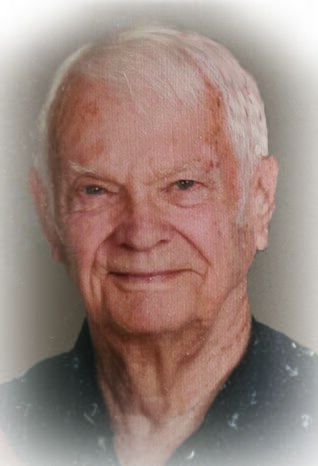 On August 3, 1948, he enlisted in the Navy Air Force as a mechanic, mostly repairing airplanes. He worked on the president’s plane and had fun stories about that. On November 30, 1952, he was discharged from the Navy due to a compound skull fracture.

Leonard was a cabinet maker by trade and worked in sign and display when he retired in 1990. He was retired for 30 years and spent summers in MN and winters in AZ.  Leonard excelled in his many hobbies; woodcarving, furniture making, silver smith, stained glass.  He enjoyed square dancing, hunting, fishing. He also loved hiking, and at the age of 70, hiked the Grand Canyon.

A Memorial, Saturday, October 1 at 11:00 at Travelers Country Club No 1, 8520 85th Ave SE, Clear Lake, MN.  There will be a private committal service at Minnesota State Veterans Cemetery – Little Falls.

Share Your Memory of
Leonard
Upload Your Memory View All Memories
Be the first to upload a memory!
Share A Memory
Plant a Tree