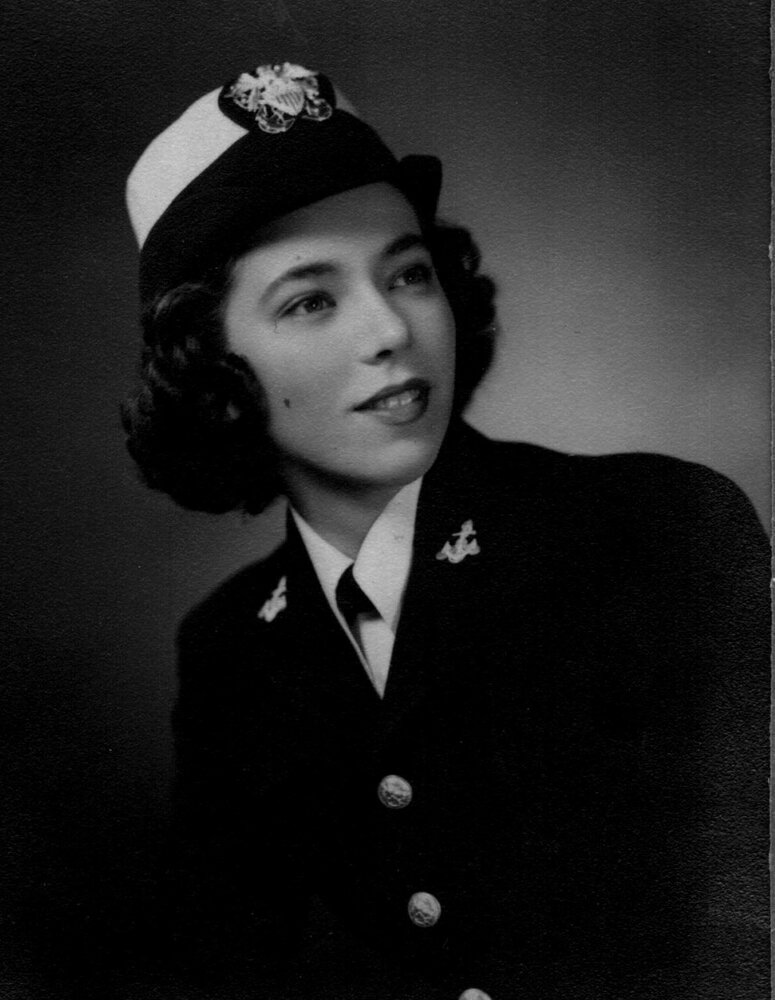 Isla Mae Wood Fredrick of Milaca, died on Wednesday August 17, 2022 at the Elim Meadows Assisted Living in Milaca, MN. She was 100 years old.

During World War II, she joined the US Navy as a member of the WAVES (Women Accepted for Volunteer Emergency Service) and was commissioned as an Ensign. When asked where she wished to be stationed, she replied “Anywhere but Washington, DC.” She was subsequently stationed in Washington, DC. In the Navy, she worked in the Casualty Notification Department, notifying families of the death or serious injury of their service members.

She married Russell on February 15, 1946 in Washington, DC, while she was still in the Navy. Following the war both she and Russell attended the University of Wisconsin at Madison on the GI Bill. They moved to Milwaukee, where Russell was employed as an engineer at Milwaukee Gas Specialty Company. Isla became a mother with the birth of her daughter, Lynn, followed by the birth of her son, Bryan. In 1958, Russell was hired by 3M and the family settled down in White Bear Lake, Minnesota.

She held a variety of jobs: bank teller, substitute teacher, University admissions officer, finally working for the Minnesota Pollution Control Agency. The occupation most dear to her heart, though, was that of mother and homemaker. Russell and Isla loved working in their prize-winning garden, and she particularly loved to receive flowers from him. Throughout her life, in addition to flowers, she cultivated lifelong friends with her generous nature. She cherished sending birthday cards faithfully every year and giving home-grown flowers.

She retired when Russell retired in 1981 and spent her time as a caregiver for her mother and Russell. She enjoyed being a grandmother when her grandchildren arrived: Emily, Martin, and Kit. In the 1980s and early 1990s, Russell and Isla spent several winters in El Sobrante, CA, where Lynn’s family had settled. After Russell’s death in 2002, Isla took solace in living independently in their home in White Bear Lake. In 2018, she moved to the Country Meadows Assisted Living Center in Milaca where she spent the last four years of her life.

She was preceded in death by her parents, her husband Russell, and her grandson Martin Fredrick. She is survived by her daughter, Lynn Hickman of Pinole, CA, son Bryan Fredrick of Ogilvie, MN, granddaughters Emily Fredrick of Mora, MN and Kit Lanthier of Pinole, CA.

She will be interred at Ft. Snelling National Cemetery on October 4th.

Share Your Memory of
Isla
Upload Your Memory View All Memories
Be the first to upload a memory!
Share A Memory
Plant a Tree