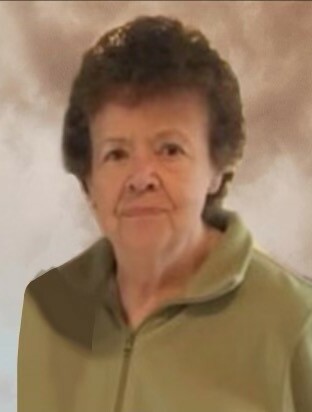 Kathryn Frances (Kennedy) Hallermann of Andover passed away peacefully on August 20, 2022. Kathryn was born on January 16, 1941, to Charles & Lorraine Kennedy in Herman, MN. She is preceded in death by her husband Gerald, whom she was married to for 60 years. Her parents Charles and Lorraine Kennedy and her grandparents Daniel and Helen Kennedy.

Kathryn grew up in Long Prairie, MN and attended St. Mary’s Catholic school and then went onto Long Prairie high school. She received a degree in Lab and X-Ray from Northwestern Technical Medical Institute in 1960. She started her career at the Northeast Medical Clinic in Minneapolis before then moving to Hennepin County Medical Center as a Medical Coder from where she retired.

Outside of work, Kathryn was very active with the St Alphonsus Parish. She sung in the church choir, was a member and past president of the parish council and oversaw the St Alphonsus Fun Fair Committed for 1 year. She also was active in the lady’s guild and could frequently be seen at the annual Christmas Bazaar at the church.

The funeral will be held at the church of St. Alphonsus of Brooklyn Center on Tuesday August 30, 2022, at 11:00 am with a one-hour visitation starting at 10:00 am. A livestream of the service can be viewed by visiting the St Alphonsus Facebook page.  A luncheon will follow the service.

Share Your Memory of
Kathryn
Upload Your Memory View All Memories
Be the first to upload a memory!
Share A Memory
Plant a Tree