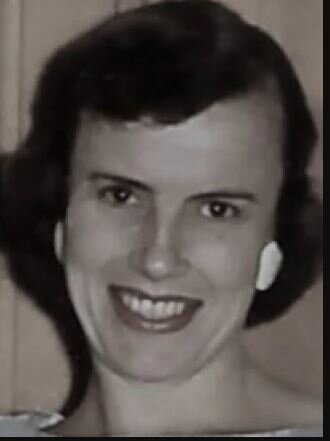 Ethel Dabill (95) passed away peacefully, surrounded by family on Sunday, August 21st. She was married to John Dabill, and was the only daughter of Henry and Mary Hanson, and had one brother, Lester Hanson, all who preceded her in death. She is survived in death by her two sons, David (Robin) and James (Tammie) Dabill, 3 grandchildren (Lauren, Mollie and True Dabill), one great grandson, TJ Collin and her brother’s wife, Shirley Hanson. Nothing made Ethel happier than family-which was fortunate since she had almost 20 aunts and  uncles, and scores of first cousins and extended family numbering in the hundreds. She loved and kept track of each one. The Syverson reunion was an annual highlight, and she was the single point of contact for all the Syverson family news. Ethel was born in 1927 near Ulen, Minnesota. After graduating from Ulen high school, she left for Fargo to get her degree from Dakota Business College. She was proud to work at Standard Oil for many years, where she made many lifelong friends. She particularly enjoyed traveling with her girlfriends. In 1958 she married John Dabill and had two boys. Her home was the center of the neighborhood activity, not at least because of her excellent baking. There were over 30 children in the neighborhood, many of whom considered her a second mother. After her husband John passed, Ethel lived with her son Jimmy where she was surrounded by family, children, pets and plenty of joy. Her final years were spent mostly in smiles at the Beehive home of Maple Grove, MN. There will be no public funeral as the family has chosen to do a small private celebration of her life. Those wishing to honor her may do so by donating to the Alzheimer’s Association.

Share Your Memory of
Ethel
Upload Your Memory View All Memories
Be the first to upload a memory!
Share A Memory
Plant a Tree