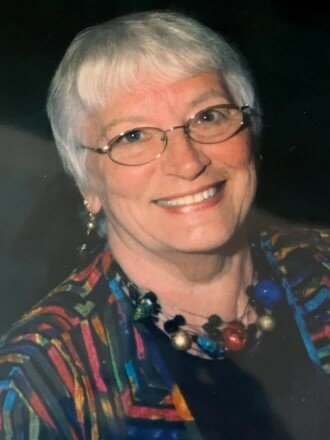 Barbara Jean (Hockaday) Carlson, 89, of Duluth, passed away on Monday, August 15, 2022, in the company of her family. She was born in Cedar Rapids, Iowa on September 12, 1932, to John and Anne (Dimock) Hockaday. Barbara spent her early years in Cedar Rapids before moving to Duluth in 1944, where she attended East Junior and Senior High Schools before graduating from Central High School in 1950.

Barbara met her husband, Richard H. “Dick” Carlson, on a blind date, and the two were married in 1954. She and Dick shared an unwavering commitment to each other throughout their marriage. She supported his dedicated career with the Duluth Public Schools by hosting staff appreciation events, attending school functions, and singing school songs. Homemaking and parenting their daughter, Mary Anne, were Barbara’s priorities and joy. The family shared many adventures, including camping trips to state and national parks, home renovation projects, and a two-year international experience in Taipei, Taiwan, where Barbara stretched her comfort zone in an entirely new environment.

Barbara started her career in the St. Louis County offices. In 1968, along with seven other women (including her mother), she co-founded The Spinning Wheel, a yarn and knitting store in Duluth. There, she was able to use her organizational and bookkeeping skills, while also advising and encouraging customers and friends in their knitting endeavors. Barbara was known for her beautiful hand-knit sweaters and needle art projects, and this business venture helped her share her love of yarn arts with others. Barbara also co-owned and managed The Monday Morning Company, a coin-operated laundry machine service for apartment buildings, with her husband Dick from 1980 to 1996.

Throughout her life, Barbara served on a number of community organizations, including various committees at First United Methodist Church and the Northwood Children’s Home Board of Directors. She developed and maintained deep friendships with her business partners and customers, Bridge Club members, the P.E.O. Sisterhood, Duluth Women’s Club, and neighborhood and church groups. She had a special talent for entertaining and making people feel welcome in her presence.

Barbara was preceded in death by her husband, her parents, her sister Joanne (Johnson) DeVore, brother- and sister-in-law Russell and Lois Halter, niece Betsey Halter, and many dear friends.

In lieu of flowers, memorials are preferred to First United Methodist Church, or a charity of the donor’s choice.