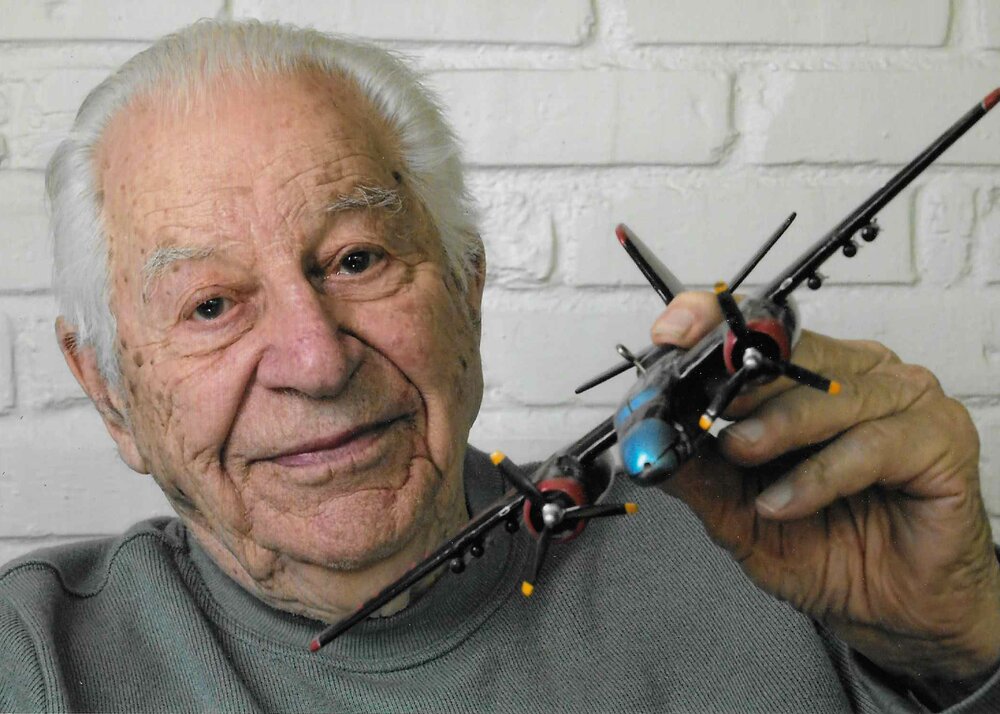 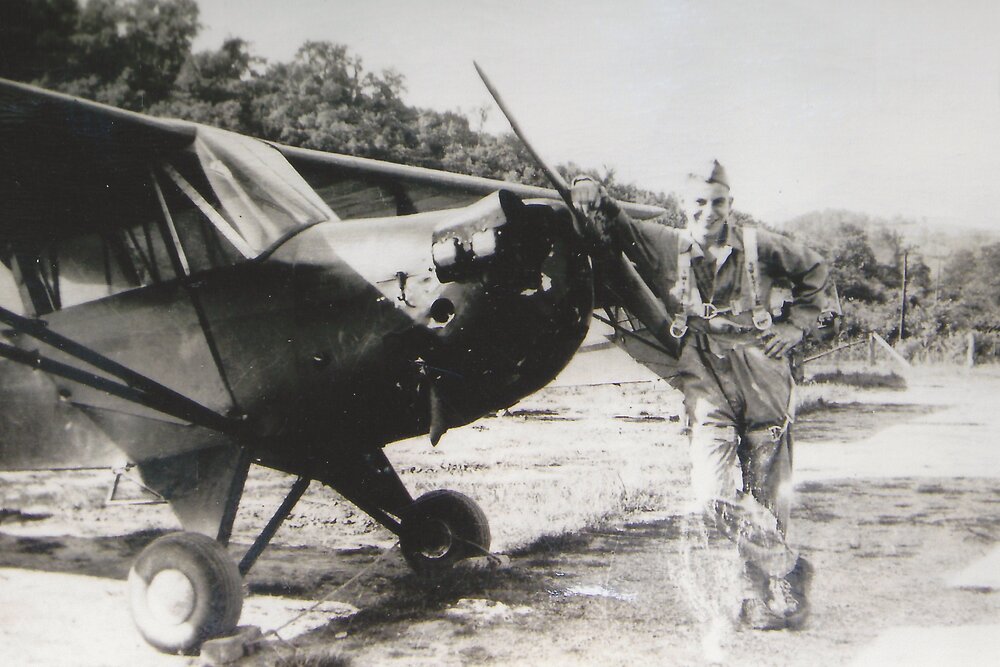 The blessing and the curse of living to 100 is that while you’ve had a century to accumulate stories, the list of dear friends who may have experienced those stories with you has steadily declined. Robert Louis “Bob/Jocko” Wieman, who died August 12, 2022, at the age of 100 years, three months, and seven days, had stories in abundance. Stories about growing up on the Arlington, MN, farm where he was born May 5, 1922. Stories about an early fascination with flying that ultimately led him to the U.S. Army Air Corps during World War II. Stories about flying every plane the Army put in front of him, of shuttling aircraft across the Pacific following the war, and of training for an invasion of Japan that never happened. Bob never lacked an audience for those stories. While he lost his school friends and military buddies over the years, he had a personality and passion for living that allowed him to make new connections throughout his life. He had decades worth of stories, and was generous about sharing them. Later in life he began writing those stories down, tapping them out with two fingers on his computer. While he shared most with a limited audience of family and friends, one, about flying through a particularly nasty storm between Tarawa, Kirbati and Enewetak Atoll was published in Smithsonian Air & Space Magazine. That military service was an important part of Bob’s life, but hardly its defining feature. He graduated from Gustavus Adolphus College with a degree in chemistry and earned a master’s from Utah State. His work ultimately brought him to 3M in St. Paul before he began a second career as a real estate agent. He was a toastmaster and a fisherman, a water skier and a Master Gardener. He loved making jewelry, building clocks, and working with kids as a 3M Visiting Wizard well into his retirement. A motorcyclist until age 92, he was a champion fundraiser for the MS Society’s annual MS River Run motorcycle ride, where he regularly took home top fundraising honors. Maybe most important, though, he was a husband, father, grandfather, great- and great-great grandfather. His two biological children remain grateful for a childhood they describe as something out of Leave it to Beaver, and Bob remains famous to this day for taking his grandsons on fishing trips where everyone returned dressed only in their underwear. Bob is preceded in death by his parents, George Walter Wieman and Naomi Estenson Wieman; brothers Don and Earl; sister Jeanne; first wife, Shirley Nagel Wieman; and son-in-law, John Marley Clarey. He is survived by his wife, Barbara Hill Patnode Wieman; daughter, Robyn Hansen; son, Ward Wieman (Sue); stepchildren Jack Patnode (Bobbie), Tom Patnode (Renee), and Maude Dornfeld (Ken); sister Marilyn Witty; grandchildren Nathan Hansen (Sarah), Jon Wieman (Catherine), Brian Hansen (Nikki Lockhart), Andy Wieman (Jenni), John Zender Clarey, Andy Patnode (Laura), Ben Patnode (Rachael), and Celeste, Beatrice, and Hazel Dornfeld; great-grandchildren Alex (Cat) and Brianna Wieman, Miles and Jack Wieman, Iris and August Hansen, and Flora, Alex, and Annabella Patnode; and great-great grandson, Charlie Brooks Wieman. Bob’s passing will leave an unquestionable absence in the lives of those who knew him best, but the community he created throughout his life ensures his stories will continue for another century or more. A private celebration of Bob’s life will be scheduled at a later date.