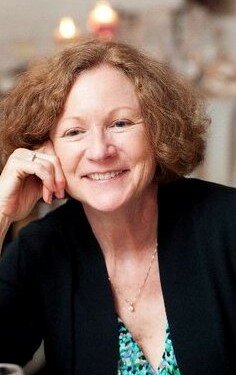 Carol Jeanne Dempsey, age 73, passed away peacefully at her home in Eagan, MN on July 21, 2022, surrounded by her loving family, after an intense battle with pancreatic cancer.

A beloved wife, mother, sister, aunt, and grandmother, Carol was preceded in death by her parents, Robert and Iris Stickel. She will be greatly missed by her loving husband, Ross; children, Michael (Mindy) Dempsey, and Matthew (Jodi) Dempsey; granddaughters, Olivia, Maylin, McKenna, and Emma; siblings, Linda Williams, Robert Stickel, and Ralph Stickel; as well as nieces, nephews, and many, many friends.

Carol was born in Herndon, VA and graduated high school and attended college in Fairfax, VA. In 1969, she met Ross, a career Army officer, and they were married in December of 1970. They spent the next 24 years stationed in 6 different states, as well as spending 2 years in South Korea.

While living in Korea, Carol served as chairman of volunteers for the American Red Cross, and was awarded one of the limited edition Clara Barton Awards for extraordinary volunteer service.

After Ross retired from the Army, Carol decided to return to the work force and she was employed initially by CDP, and later Katun Corporation, in Bloomington, where she held progressively responsible jobs, until she retired as a Commercial Business Director.

Carol loved to travel, as a military wife, then professionally, and finally, with Ross after retirement. The couple enjoyed traveling to many places, including Europe, Asia, Mexico, and bucket list destinations like Niagara Falls and the Grand Canyon. They also enjoyed a yearly anniversary getaway to Sanibel Island, Carol’s “happy place”.

In 2019, Carol and Ross moved from their Burnsville home of 33 years to Applewood Pointe in Eagan, where they immediately became involved in that wonderful community. Carol loved her home and her neighbors, who totally embraced her and supported her in her battle against cancer. Applewood Pointe is truly a special place.

Carol will be remembered as a friendly, outgoing soul, who loved life and lived it to the fullest. She adored spending time with her family, especially her 4 beautiful granddaughters, who brought her great joy.

In lieu of flowers, the family suggests donations be made to the Pancreatic Cancer Action Network (PANCAN) https://pancan.org

Share Your Memory of
Carol
Upload Your Memory View All Memories
Be the first to upload a memory!
Share A Memory
Plant a Tree