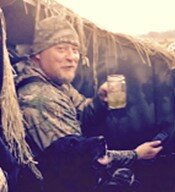 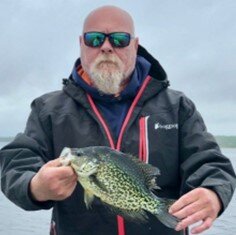 Mark Vernon Anderson, 48 of Carlton, passed away peacefully with family at his side in Moose Lake Hospital on July 29, 2022, after a hard-fought battle with cancer.

Born on May 24th, 1974, to parents Larry and Ceri Anderson, Mark grew up in West Duluth and attended Denfeld High School until 1992. After high school he worked as a dedicated employee at Waste Management for 25 years. At the time of his death, Mark resided in Carlton with his girlfriend Lucinda Mattson and their four dogs. Previously, he was married to Brenda (Baker) Anderson, with whom he shares two daughters, Ashley and Jessica.

Mark will be remembered as “the life of the party” by his friends and family. He had an eclectic taste in music and shoes, and always had the perfect song or pair of shoes for any occasion. He had a hobby of buying and selling cars, sometimes even on the same day, but the one that stuck around was his 1968 Pontiac LeMans. He also enjoyed riding his motorcycle, hunting, fishing, and spending time at the family cabin.

Mark is preceded in death by a special cousin Michelle Davis, his grandparents, and multiple relatives and close friends.

The family would like to thank the oncology staff at Miller Dwan and Essentia Health Hospice for the compassion and kindness shown to Mark and his family during his final weeks. They would also like to give a special thanks to Lucinda, for the care and support she provided for Mark, especially during the height of his illness.

A Celebration of Life will be planned for a later date.