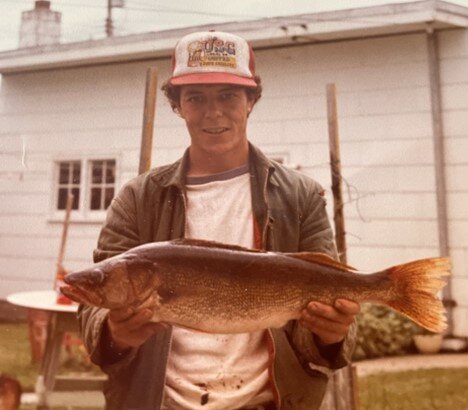 Michael, “Mike” or “Curly Moe” Herman passed away on June 15, 2022, at the age of 66 in Duluth, Minnesota with his family by his side. His battle with health issues over the years showed his courage in facing life’s challenges with a smile. Despite the pain, Mike came out a hero and stayed strong until the end.

Mike was born in International Falls, Minnesota on December 8, 1955, to Frank and Alice (Hobbins) Herman. After high school, Mike worked as a roofer for his brother Wally Herman. Mike was a very loving father, a talented artist, musician, carpenter, and fisherman. He had a passion for the outdoors and appreciated nature’s beauty. He would spend hours, sometimes days, on the lake fishing, camping, and exploring with his daughters and friends. Mike would take those memories and turn them into beautiful paintings.

Mike will be lovingly remembered by his children, Kelli and Kari (Wes). His grandchildren, Sidda, Maci, Ryder, and Logan. His granddog Mojo, and great granddogs Margo and Willow. His sister, Mary Verhovek of Seattle, two brothers, Jerry of Seattle, and Jim (Shirley) of Duluth, and several nieces and nephews along with his many friends.

Mike is preceded in death by his parents Frank and Alice Herman, brother Wally Herman, two sisters Barbara Herman and LeReine Arnold, nephew Mark Arnold and several pets along the way. Mike once wrote “there is no substitute for smiling eyes.