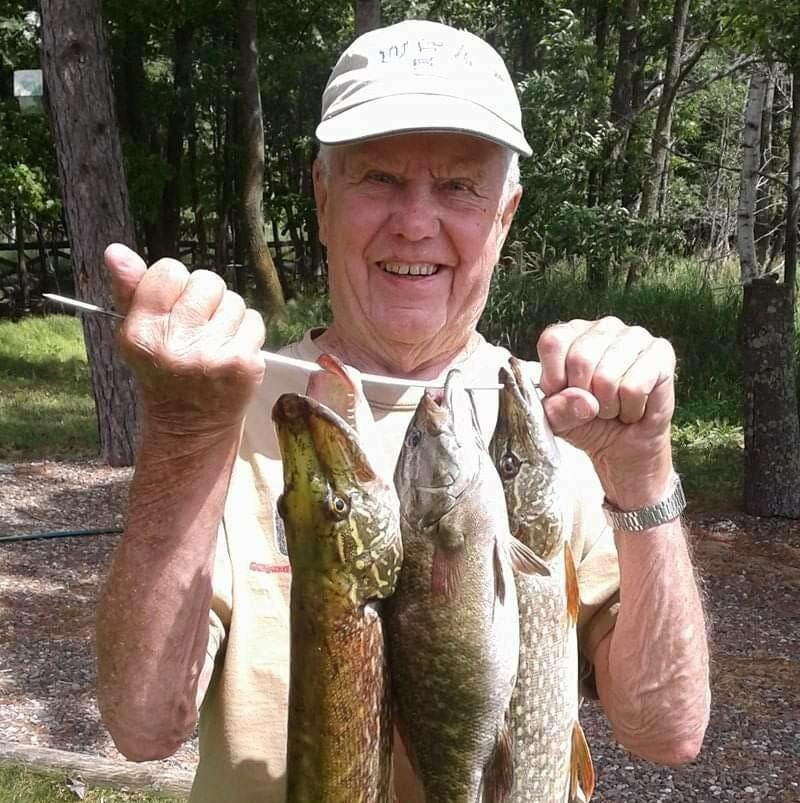 Wesley Gordon Arseth, age 95, of Brainerd, died peacefully at home on Wednesday morning, July 13, 2022. He was born on August 6, 1926 in Fargo, North Dakota to Engulf and Mabel (Barlund) Arseth. He grew up in Garden Township, Polk County, Minnesota and attended school in Erskine. He served as a medic in the U.S. Army in Germany from 1945 to 1947. Following his discharge, he moved to Minneapolis and worked for Twin City Biscuit while taking classes at Brown Institute. In the early 1950’s he was hired by WCCO-TV as camera man and later floor director. He regaled us with many fond memories of working with Dave Moore, Bud Kraehling and Clellan Card (Axel) throughout those years. In 1974, he accepted a position with Northwest Teleproductions in Eden Prairie.

He met his future bride and lifelong love, Dolores Kosmatka, at a dance at the Marigold Ballroom in Minneapolis, and they married on November 15, 1952 in Grafton, North Dakota. They began their life together in an apartment in downtown Minneapolis before buying a home in South Minneapolis where they raised their family of four children: Pam, Sandi, Bob and Paul. In the early 1970’s, they bought a home on Lotus Lake in Chanhassen. Wes retired from Northwest Teleproductions in 1989, and they moved to Hackensack on Ten Mile Lake. They lived on several other central Minnesota lakes, before finding their dream home on Clearwater Lake in Crow Wing County where they lived until 2018.

Wes was devoted to his family. He was a man of integrity and honor, and raised his children to aspire to these ideals. His faith sustained him throughout his life. Dad’s summer gatherings at their lake homes were legendary and filled with swimming, boating, fishing, tubing, outdoor games and Mom’s delicious picnic foods. Fishing and football were lifelong passions. He knew all the best fishing spots at each lake residence and passed this interest down to his children, grandchildren and great-grandchildren. Football games were watched with high emotions, along with a lot of cheering and groaning. Go Vikings! After retirement, Wes and Dee enjoyed a large, productive garden and liked to share the bounty with family and friends alike. They spent their winters for over 20 years in Mesa, Arizona, gladly exchanging the cold weather and snow in Minnesota for warmth and sunshine.

Wes was preceded in death by his beloved wife, Dolores, in 2019; his parents, Engulf and Mabel; his sisters, Maxine Vesledahl and Jackie Anderson Swanson; his son-in-law, Joe Polnaszek.

A graveside service will be held Tuesday, August 30, 2022 at 10:30 a.m. at Fort Snelling National Cemetery in Minneapolis with full military honors.

In lieu of flowers, donations may be directed to St. Croix Hospice in Brainerd in memory of Wes. The address for St Croix Hospice is 17021 Commercial Park Rd, Suite 5, Brainerd, MN 56401

Share Your Memory of
Wesley
Upload Your Memory View All Memories
Be the first to upload a memory!
Share A Memory
Plant a Tree