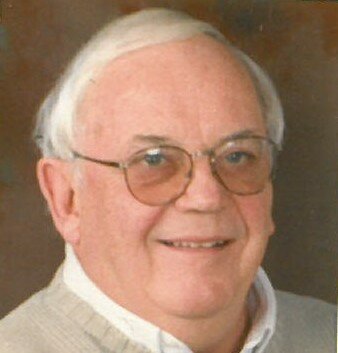 HANSEN, JACK R., age 83, of Maple Grove, Mn. died peacefully on July 3, 2022. Born in Mpls., Mn to Otto and Esther Carlson Hansen, he grew up near Lake Nokomis, graduated from Washburn High School in 1957, attended Dartmouth College and the University of Minnesota majoring in Journalism. He was honorably discharged from the Army where he was a cook and earned awards for rifle marksmanship. He then served in the 360th Psychological Warfare Battalion U.S. Army Reserve. He was employed 18 years at WCCO-TV, starting in the mailroom, working up to General Sales Manager. He met his wife, Ardie, while at WCCO. They then started a television syndication company and, after 15yrs, moved to Sioux Falls, SD where he was General Manager of KSFY-TV. He owned, bred, trained, hunted, and exhibited Chesapeake Bay Retrievers for 30 years. He became involved in the American Chesapeake Club and the American Kennel Club. He was very civic minded and volunteered for many organizations. Jack was intelligent, kind, positive, social creative, funny, supportive, loved to laugh and entertain. Jack never met a person he didn’t like. He loved music, singing, playing piano, fishing, and hunting with his dogs and longtime friends. His life had many meaningful moments, but a highlight was when he played Jonathan Winters’ body double in the movie “Gone Fish’n.” Preceded in death by his parents and sister Lois Harper Snow. He leaves behind his wife of 45 years, Ardie, son Todd (Midi), granddaughter Griffin, nieces Dee Dee Sand, Bobbi Abdo, Debbie Hartsock, Allyson Harper, and nephew Bud Harper. A celebration of Jack’s life will be held at a later date. Memorials preferred to the Alzheimer’s Association.

Share Your Memory of
Jack
Upload Your Memory View All Memories
Be the first to upload a memory!
Share A Memory
Plant a Tree