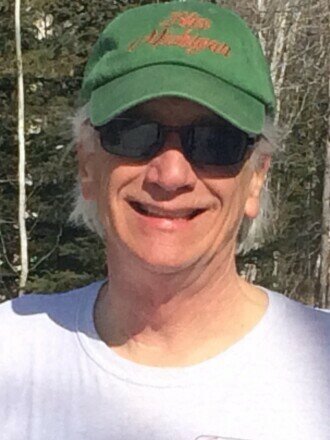 John Turner Whaley beloved, beautiful man died June 25, 2022. He was born in Kansas City, MO on January 4, 1953. Whaley came to college at UMD and began shooting news for WDIO. He spent 41 years training photographers. During that time he met Robin Elyse Buell and they married. They recently celebrated 35 years together. John and Robin raised daughter Elise Jane in Knife River. John was fit, healthy and happy. He thrived on the seasons. Spring on the rivers fishing steelhead, summer fishing Lake Superior, fall signaling the beginning of NFL football and grouse hunting with his dog King, and winter cross country skiing. In August of 2021, John was diagnosed with ALS. John was so brave facing the terrible physical losses that ALS brought. His fishing buddies, friends and neighbors all lined up to help care for John when he needed it. He said if he was given a day to be able-bodied again, he would spend the day in the woods with his grandson, Cameron. John is survived by his wife, Robin, brothers Wes and Bob Whaley, daughter, Elise Rigney, son-in-law, Donald and grandchildren, Cameron (2), Charlotte (5 months). John’s jovial smile and laughter will be missed. John’s celebration will be held in the Harbor Side Ballroom at the DECC on Wednesday, July 6, 2022. Visitation from 2 PM - 3 PM and Celebration at 3 PM. In lieu of flowers the family asks that donations be made to the local MN/ND/SD Chapter of the ALS Association. The family is forever indebted to Amber Erickson’s ALS Clinic at Essentia and the nurses that helped him along the way.