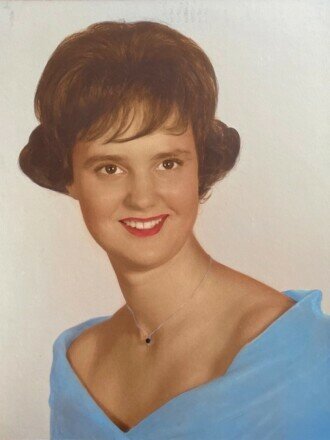 Darlene Marie (Tokarczyk) Johnson, 79, of Duluth died peacefully on July 7, 2022 from dementia. She was born on October 13, 1942, to Edward and June (Hoving) Tokarczyk. After graduating from Duluth East High School in 1960 she attended UMD. In high school and college she was an accomplished majorette and participated in one of the first Christmas City of the North Parades. Darlene met the love of her life, Glenn Johnson, while working at Bridgeman’s on 14th Avenue East and Superior Street. Darlene worked as a waitress, Glenn was an accountant upstairs in their corporate office. They eventually married on June 8, 1963 at St. Michael’s Catholic Church in Duluth. They built their family home on Dodge Street where they were blessed with 3 daughters in 28 months, and owned it for 59 years. Darlene went back to work at Lakeside Bridgeman’s until 1979 when she got a job with the City of Duluth Water & Gas Department. In 1984 she took a job in the City Auditor’s Office, retiring from there in June, 2004. Following retirement, to keep herself busy, she volunteered at St. Luke’s Hospital and worked part time as an accountant for Stewart’s Bikes & Sports. She was active in all aspects of her daughters’ lives: Brownie/Girl Scout Leader, Room Mother, PTA member, Campbell Soup Label and Newspaper drive coordinator, Sunday School teacher, a Volunteer Extraordinaire. She was a woman of faith and a longtime member of Chester Park United Methodist Church. When the church closed in 2012 Darlene and Glenn joined Hope United Methodist Church. Darlene enjoyed bowling, crocheting, sewing, camping, walking, traveling, organizing Dodge Street rummage sales and block parties, and happy hours with family and friends. However, her greatest pride and joy was spending time with her grandchildren in every facet of their lives.