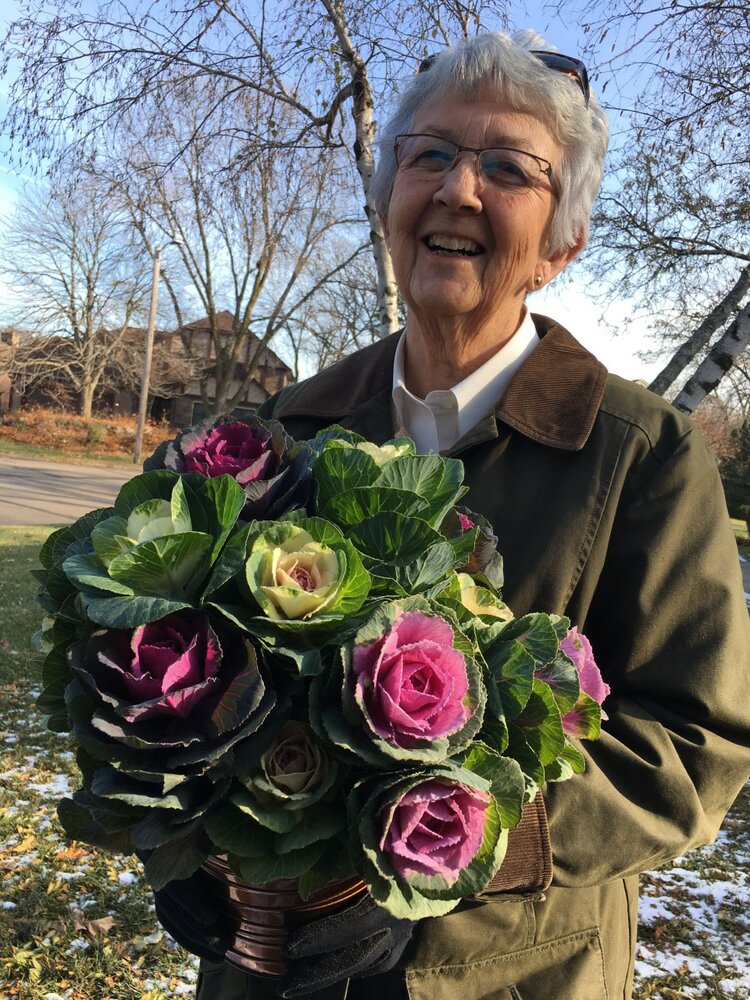 Meg Nordlie, (83), of Bloomington MN passed away on July 2, 2022 after a brief battle with leukemia.

Meg was born in Herman, MN where she worked beside her dear parents and sister on the farm, surrounded by her aunts, uncles, and cousins. She graduated from high school in Herman and went on to “the Cities” where she attended Nurses Training at the University of MN. She was part of a class of 13 nurses – the Bakers Dozen. At the U she met her late husband Paul on a blind date. They served with the U.S. Public Health Service in the Philippines and on the Hopi Indian Reservation in AZ and spent time in Oregon before settling back in the Twin Cities where she raised their two children, Brian and Susan.

Meg’s experience with 4H as a child made her a jack-of-all trades – she was as comfortable with a band saw as she was with a pressure cooker. She was an avid crafter, award-winning canner, and vivid storyteller. She loved the Minnesota State Fair, Minneapolis Farmers Market, and any time she could spend with her incredible circle of friends who were like family.

Meg lost her own parents far too early and we take comfort in knowing that she was looking forward to reuniting with them after so many years apart. She left us knowing there is a small army of family and dear friends waiting for her. (on which side, she was not sure but the stories they must be telling!)

Meg is survived by her son Brian, daughter Susan (Kunick), son-in-law Peter and grandson Graham. Other survivors include nieces, nephews, cousins, and her circle of remarkable friends and neighbors.

In lieu of flowers, memorials will be put towards the purchase of a bench in Meg’s honor at the Minnesota State Fair.